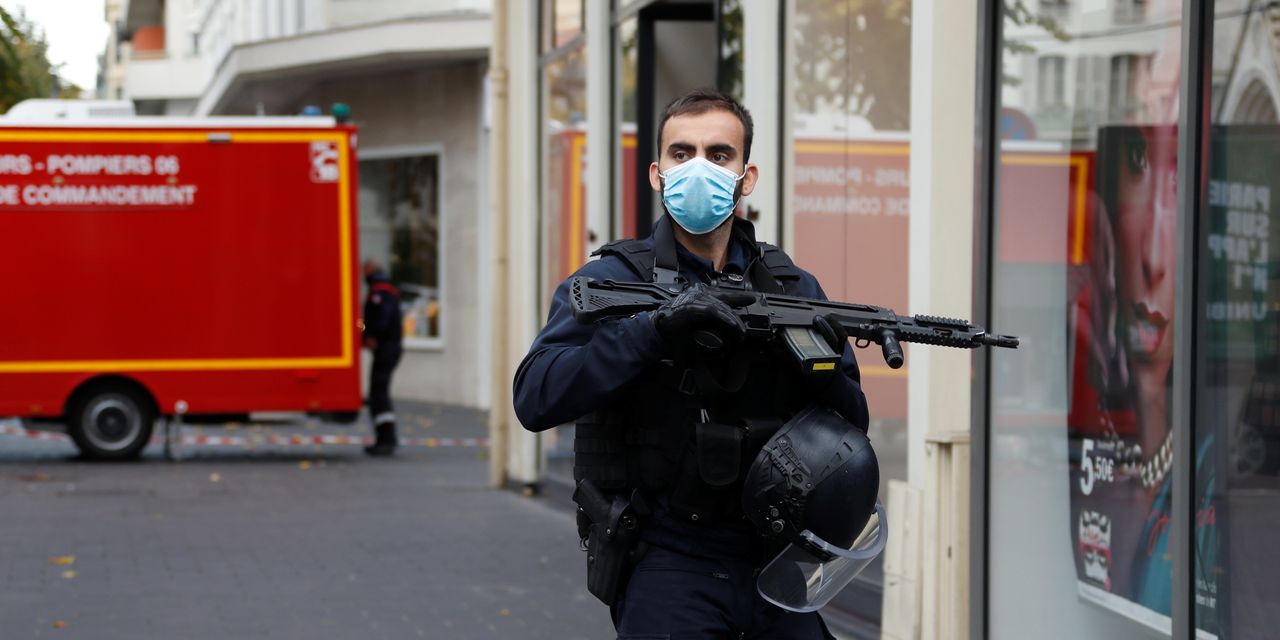 PARIS—At least two people were killed Thursday in a knife attack at a church in the French rivera city of Nice, in an assault prosecutors are treating as an act of terrorism, the second such assault to hit the country in two weeks.

Several other people were wounded and a suspect is in custody, French police said.

Officials have cordoned off the area around the church, the Notre Dame basilica in the center of Nice, while French government officials gather for an emergency meeting at the interior ministry in Paris.

“Everything leads us to believe it was a terrorist attack within the Notre Dame basilica,” Nice Mayor Christian Estrosi said on Twitter.

Two weeks ago, a middle-school teacher was beheaded in a suburb of the French capital after the teacher shared cartoons of the Prophet Muhammad at a middle school.

Japan surges more than 2% as hopes of coronavirus vaccine rise