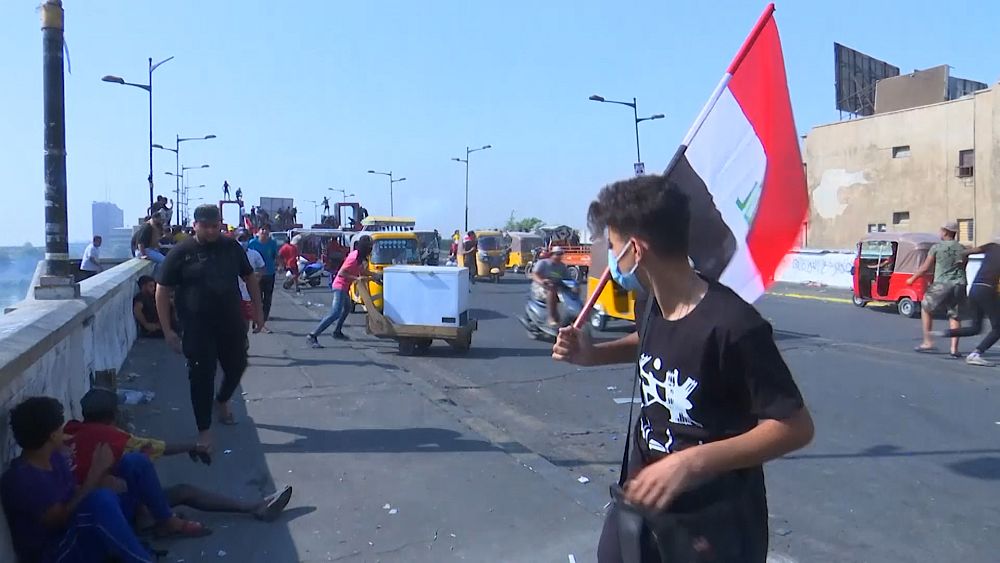 Iraqi protesters returned to the streets of Baghdad on Monday, a day after thousands of protesters rallied to mark one year since mass anti-government demonstrations swept the country.

Black smoke filled the air after protesters set tyres alight on the strategic Jumhuriyah Bridge in the capital.

The bridge connects the heavily fortified Green Zone, where most government and foreign embassies are based, with the main protest camp at Tahrir Square.

In October of last year, tens of thousands of Iraqis — mostly young people — marched in Baghdad and cities in the south to decry government graft, unemployment and poor services.

More than 500 people were killed during the months-long protest movement, many of them demonstrators shot by Iraqi security forces.

Despite the crackdowns from militias and the government, protesters say their movement is still alive.

What misinformation is there on social media about US voter fraud?

Thousands form human chain in Lithuania in solidarity with Belarus

The pace of first-time filings for jobless claims picked up last week, with the jobs market showing increasing vulnerability to the coronavirus spread.Claims totaled 778,000 for the week ended Nov. 21, ahead of the 733,000 expectation from economists surveyed by Dow Jones and up from 742,000 the previous week.Continuing claims...