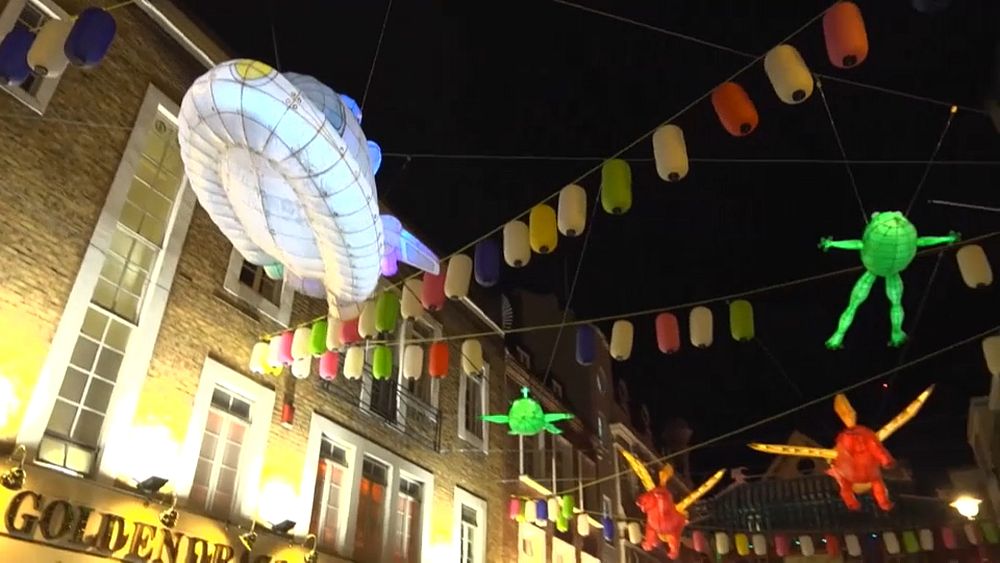 London’s Chinatown got a fresh look Wednesday with an installation of lanterns promoting the new animated film “Over the Moon”.

There are lanterns in the shape of dragons, rabbits, the moon and even a gigantic egg.

The movie tells the story of a young girl named Fei Fei, who builds a rocket to get to the moon where she intends to find the goddess her late mother often told her about in stories.

“Over the Moon” stream on Netflix from Friday October 23.

Many Muslims around the world begin Ramadan under lockdown