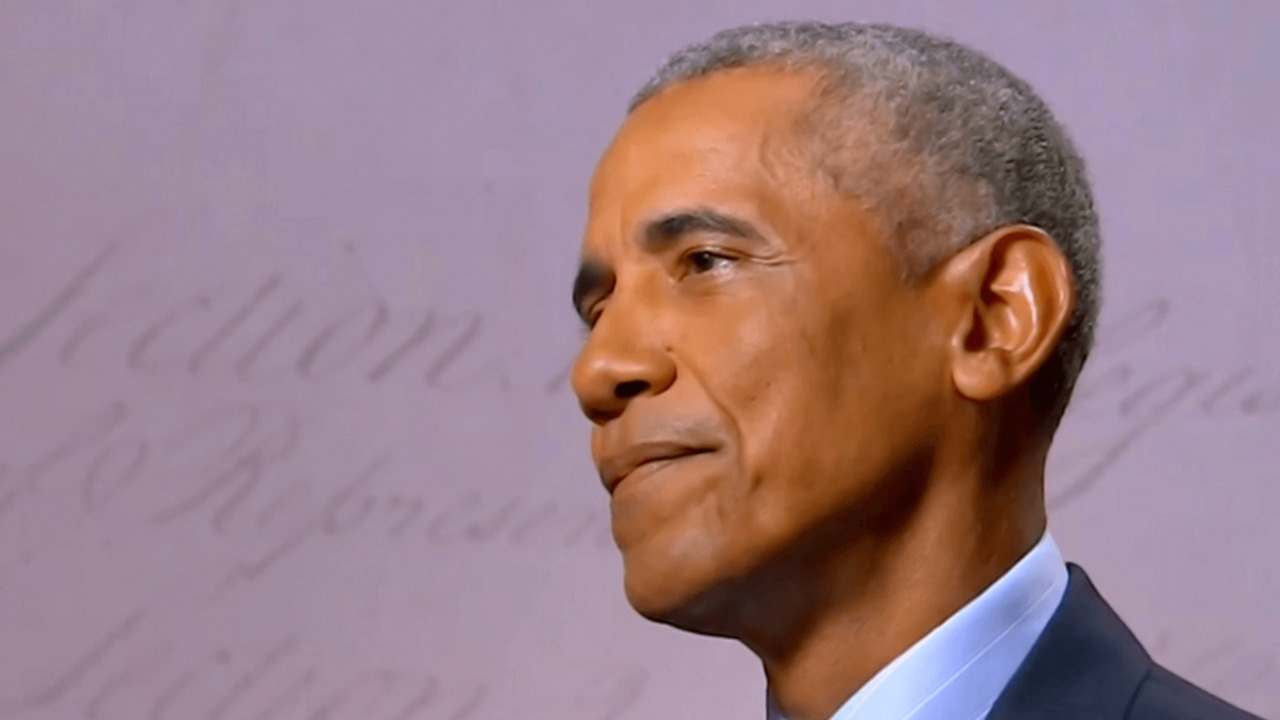 “One, without Pennsylvania, mathematically, the president has no path to 270. And two, it’s a state that is in play but the former president remains intensely popular,” said Democratic Lt. Gov. John Fetterman of Pennsylvania. “His ability to draw attention and energize is certainly unparalleled by any other Democrat.”

The fact that Democrats are using their top campaigner to appeal to Black voters in particular during his first in-person stop this year also underscores how critical African American turnout — particularly in big cities like Philadelphia — is to Biden’s chances. At the same time, it highlights the concerns some Democrats have about whether Biden is doing enough to mobilize the key voting bloc, especially after Black turnout dropped nationwide during the presidential race four years ago.

“We’re going to be the battleground, and I think President Obama’s visit is a reflection of that,” said Democrat Cherelle Parker, the Philadelphia City Council’s majority leader and a local surrogate for the Biden campaign. “His intentions are to remind the Black community, and particularly Black men, that your vote counts, and rest assured that in no way, shape or form are we trying to take it for granted. And it’s important not just to think it, but that is important to acknowledge.”

The POWER Interfaith coalition, a Pennsylvania-based progressive group, commissioned a poll this month, reported first by POLITICO, that found that 72 percent of Black male voters in Philadelphia under the age of 50 are backing Biden. Comparatively, 91 percent of Black voters above 50 years old in the same survey are supporting the Democratic nominee. Among the younger male voters, 14 percent are casting a ballot for Trump and 9 percent are undecided.

“I think they’re worried,” said Bishop Dwayne Royster, executive director of POWER Interfaith, of Biden’s campaign. “In the city of Philadelphia, the largest segment of the population is African American of any one group. And when African American males don’t show up, that could certainly be a problem.”

Obama won Pennsylvania twice — including by a striking 10 points in 2008 — in part because of through-the-roof enthusiasm among African American voters. In some wards in Philadelphia with large Black populations, Obama captured more than 99 percent of the vote.

In 2016, Hillary Clinton did not suffer a significant decrease in turnout in Philadelphia — unlike in Detroit and Milwaukee, where lower-than-expected turnout played a role in her respective defeats in Michigan and Wisconsin. She received 584,000 votes from Philadelphia, only about 5,000 fewer ballots than Obama won in 2012. Still, media reports found that there was some level of drop-off in majority-Black wards in the city.

Obama is expected to talk to Black voters about the importance of voting and the power they have to turn Pennsylvania blue, according to a Biden aide. Biden, who is debating Trump in Nashville on Thursday, is not attending the Pennsylvania visit with Obama.

It’s the state that sealed Trump’s victory in 2016. Now it could spell the end of his presidency. POLITICO’s Holly Otterbein breaks down where things stand in the fight for Pennsylvania.

“I’d say he will highlight the historic stakes of this election, emphasize the urgency of voting early, discuss the importance of down-ballot races, and explain why he believes Vice President Biden and Sen. Harris are best positioned to lead our country at this particular moment,” said Eric Schultz, a senior adviser to Obama.

In the final 13 days of the election, Obama is expected to play a big role in Democratic campaigns up and down the ticket: He is appearing in advertisements across the country for Democratic Senate candidates, including in Maine, Georgia and South Carolina. He and former first lady Michelle Obama also cut digital spots for Biden, which appear on their Facebook pages, totaling $450,000. And he has helped raise enormous sums of money for Biden and Senate contenders.

On Wednesday, Fetterman said Obama will be able to play on many voters’ yearning for the days of his presidency: “His appeal is obvious, but it’s also coming from a sense of nostalgia, and just kind of reminding voters that this is where we came from.”

The former president’s trip come one day after Trump rallied his supporters on the other side of the state in Erie, one of three counties in Pennsylvania that voted twice for Obama before flipping to Trump in 2016.

Philadelphia has served as a critical location during Obama’s political career. He delivered his famous speech on the issue of race at the Constitution Center during the 2008 election. He also stumped for Clinton in 2016 here on the eve of Election Day, and spoke from the Museum of the American Revolution in Philadelphia during this year’s Democratic National Convention.

During each of those speeches, Obama paid homage to Philadelphia’s role as the birthplace of America. At the 2020 convention, he appeared in front of a museum display about the Constitution.

“There’s nowhere else in the country that would give you that entire backdrop,” said Rep. Dwight Evans (D-Pa.). “And if anything, what’s on the ballot this year is the question of democracy.”

Evans, the only Black member of Pennsylvania’s House delegation, pushed back on the idea that Biden has any enthusiasm deficit among young African American men: “They’re not leaving any stone unturned,” he said, referring to the Biden campaign’s courting of those voters.

Your guide to the year-round campaign cycle.

Parker likewise rejected the notion that Biden has enthusiasm issues among young Black male voters. Still, she is focused on boosting turnout in the ward she leads in northwest Philadelphia, which is home to a large number of Black voters who are known for turning out at one of the highest rates in the city. She recently sent an email to her local party committee members about the presidential election, listing the ward’s turnout for Obama in 2008 (15,780 votes), Obama in 2012 (15,872 votes) and Clinton in 2016 (14,309 votes), highlighting the decline four years ago.

“WE MUST SURPASS OBAMA’S 2012 VOTES/NUMBERS,” she wrote in all caps, highlighting the font in blue.

Democrat Isaiah Thomas, the youngest member of the Philadelphia City Council, said he has seen signs that some millennial Black voters might not turn out for Biden — namely in a group chat with some of his oldest friends.

“I have three friends who absolutely refuse to vote for Biden as of now. In 2016, this was not like a conversation for us. It was an automatic Hillary thing,” he said in an interview earlier this year. Since then, Thomas, who backs Biden, said he has persuaded one of those friends to vote for the Democratic nominee.

In an effort to encourage young people to go to the polls, Thomas has been stressing that ballot questions in Philadelphia this year will ask voters if stop-and-frisk police practices should be eliminated and a Citizens Police Oversight Commission should be created. Those measures have led to chatter among local Democrats that they will work in Biden’s favor.

The POWER Interfaith coalition also determined that those issues can help persuade young Black men to vote, and it made a $100,000 ad buy launching this week for digital and radio spots aimed at increasing turnout among African Americans.

“People are like, ‘You’ve basically got two white guys. Is my life any better either way?’” said Royster. “But when they talk about policing and we talk about ways that they can actually have a say in that, it’s much closer to home and people can relate to that.”

Social etiquette for the new normal

From paintings and literature to music and film, the natural world is an inspiration to many.Its influence on architecture is also apparent, with a number of interesting developments now integrating plants and trees into their design. One example of this is the Bosco Verticale, or Vertical Forest, an Italian residential...

SINGAPORE — India's economy is expected to improve in the quarter ending in September, compared to the record drop in...

U.S. stock index futures were marginally higher on Friday morning amid low trading activity due to the Thanksgiving holiday.At around 3 a.m. ET, the Dow Jones pointed to a rise of around 12 points. Futures on the S&P 500 and Nasdaq also suggested a slightly higher open. Equity markets are due...

The new Amazon Fire TV interface, which includes user profiles.AmazonTVs have gotten really good, and a few hundred bucks can...