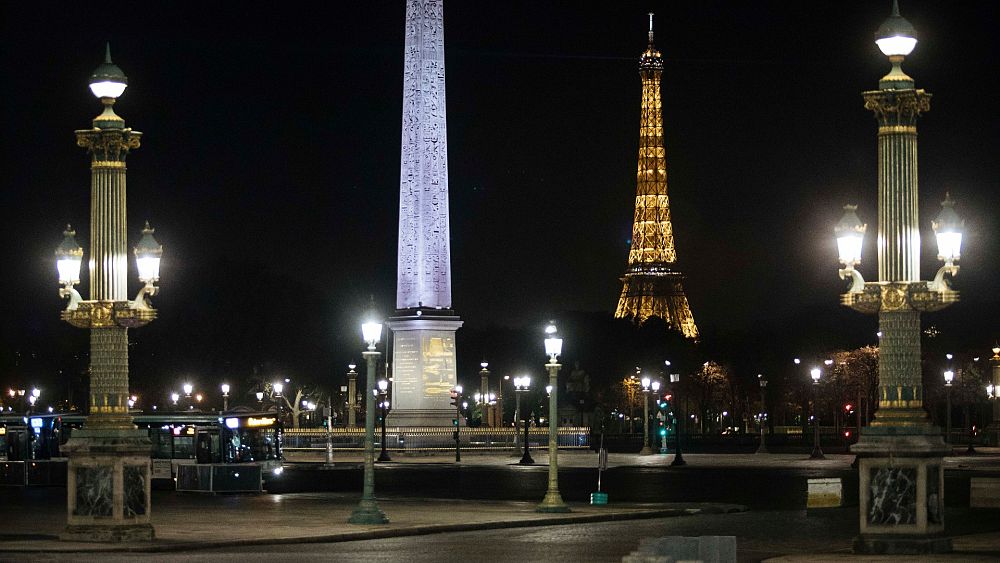 Recently teeming with life despite the coronavirus pandemic, the centre of Paris and several other large French cities were deserted on Saturday night.

It comes after the government enforced a 6 am-9 pm curfew to prevent the spread of COVID-19 in and around the capital and in eight metropolitan areas, including Grenoble, Lille, Lyon, Aix-Marseille, Montpellier, Rouen, St Etienne and Toulouse.

Waiters packed up the tables and chairs of Paris’ famous bistros and the Champs-Elysees avenue lay almost empty as the clock struck nine.

The controversial measure was put in place by the government to suppress France’s soaring COVID-19 infection rate, which is one of the worst in Europe.

France’s reimposition of a state of health emergency and the introduction of curfews are the consequence of a “sudden and spectacular acceleration” in the spread of the coronavirus, the country’s prime minister said on Thursday.

Jean Castex told reporters that the national COVID-19 incidence rate over the past ten days had jumped from 107 to 190 cases per 100,000 population with “particularly alarming levels” in some large cities.

But not everyone is in favour of the curfew. Restaurant and bar owners, most of whom already saw their takings frozen during the country’s two-month lockdown in spring, have complained their businesses will suffer further.

People on the streets during curfew hours will need to have a form detailing the reason for them being out — just like during lockdown.

Interior Minister Gerald Darmanin revealed that 12,000 law enforcement officers will be tasked with ensuring the curfew is respected in the capital and the eight metropolitan areas affected.

He also reiterated that breaching the law would result in a €135 fine, rising to as much as €7,500 — and a six-month prison term — for people found to be flouting the rules three times.

Restrictions to combat coronavirus in the rest of the country have also been toughened with all private parties, including weddings, banned in public event spaces.

The new measures will last a minimum of four weeks which will be extended to six if parliament gives its approval next week.

France on Saturday tallied a record number of new COVID-19 cases, with a rise of 32,427 instances of the virus, according to its health ministry said. A day earlier the country recorded 25,086 new infections.

Which European countries have opened their borders ahead of the summer holiday season?

A powerful earthquake shook the Aegean Sea on Friday, hitting coastal cities in western Turkey and nearby Greek islands and leaving at least eight people dead. The earthquake flattened several buildings in Izmir, the city’s mayor said, and triggered a groundswell that flooded coastal areas. “We stand with our citizens,...

Armenia-Azerbaijan Conflict: Why Are They Fighting in Nagorno-Karabakh?

Fighting continued to escalate in the South Caucasus between Armenia and Azerbaijan, with the two countries accusing each other of...

Facebook CEO Mark Zuckerberg in 2017.KENZO TRIBOUILLARDFacebook announced Friday it is temporarily stopping recommendations of new groups to users ahead of Tuesday's election.The announcement came a day after CEO Mark Zuckerberg said he was concerned about the elevated risk of disturbances in the U.S. stemming from the election."I'm worried that...

Restaurants are facing a new wave of restrictions, posing yet another obstacle in their attempts to stay afloat and recover...