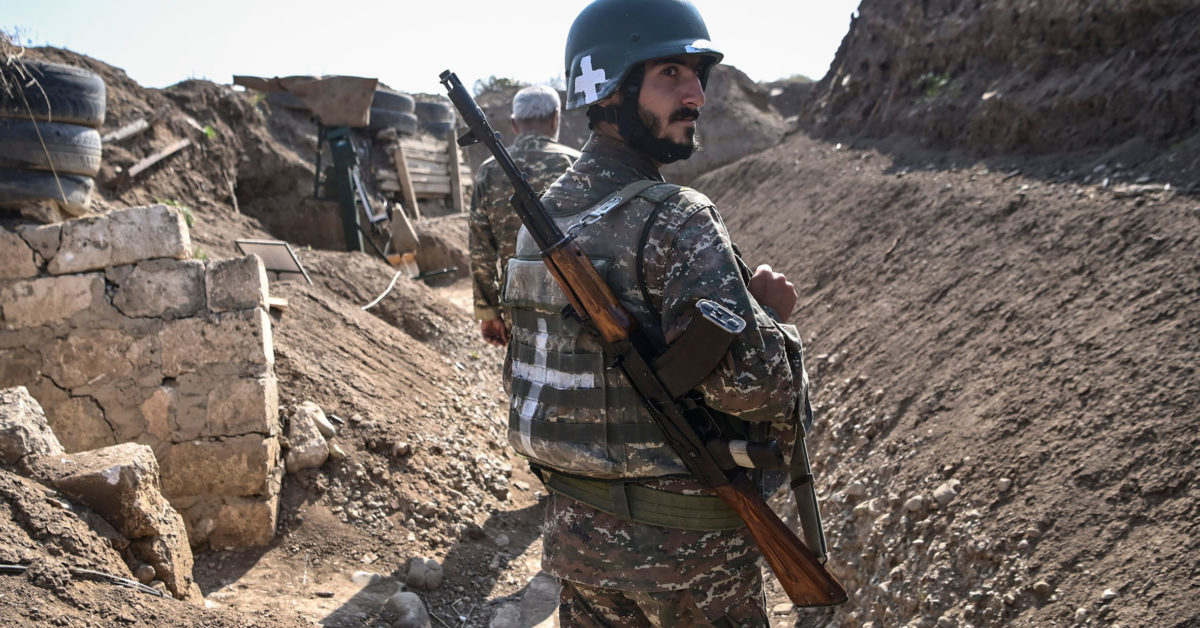 The latest ceasefire between Armenia and Azerbaijan appears to have failed less than a day after it took effect, with both sides accusing the other of breaching the agreement.

A new deal to pause the hostilities over the disputed region of Nagorno-Karabakh, announced Saturday, was supposed to begin at the stroke of midnight on Sunday. After simmering for decades, the conflict over the territory between the two countries broke into open warfare in recent weeks. Nagorno-Karabakh is internationally recognized as part of Azerbaijan, but controlled by Armenia and populated mainly by ethnic Armenians.

According to Reuters, the Azeri defense ministry alleged Sunday morning that Armenia was shelling the Aghdam region, which borders Nagorno-Karabakh. Armenia denied this charge and argued that the Azeri army had fired twice overnight and was refusing to allow the removal of wounded Armenian soldiers from the battlefield. Azerbaijan said its forces were just responding to Armenian fire.

Hostilities in the wake of the ceasefire also include Azerbaijan’s downing of an Armenian warplane, and Azeri attacks on Armenia’s military positions in Nagorno-Karabakh.

Saturday’s ceasefire was the result of efforts to intervene by France, Russia and the United States, the co-chairs of a long-failed international peace process carried out under the auspices of the Organization for Security and Co-operation in Europe (OSCE). A similar truce announced on October 10 and brokered by Russia also quickly collapsed.

Despite cries of censorship, US conservatives dominate social media

French tech tax back on after US ‘provocation,’ finance minister vows

Europe said ‘never again.’ Why is it silent on Uighur genocide?

5 politicians who should have stayed in the office

Protesters burn Macron effigy amid tensions over right to caricature

Ex-birdkeeper jailed for stealing penguins & selling them on Facebook