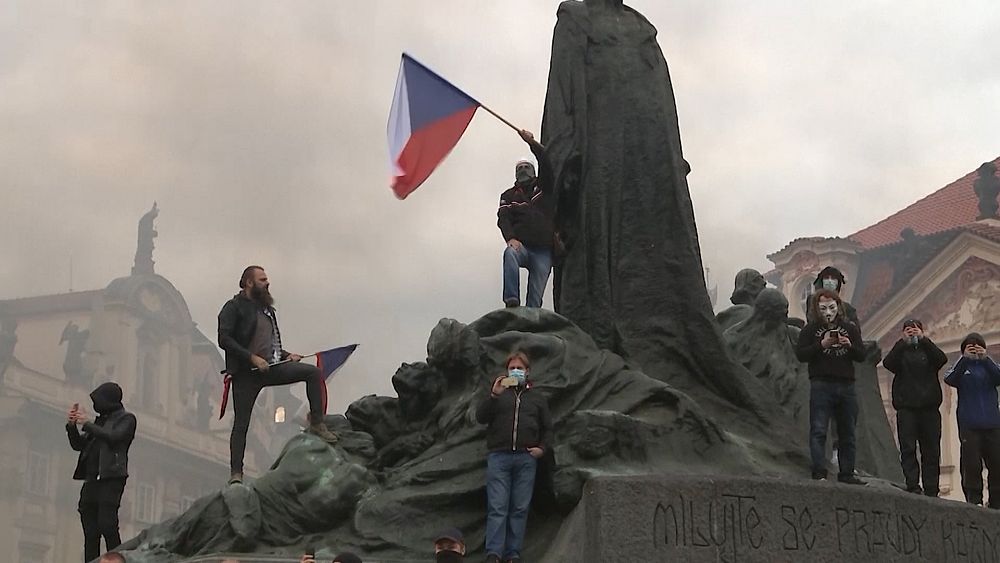 Czech police used tear gas and a water cannon to disperse hundreds of anti-coronavirus restrictions protesters, who attacked them after a rally in Prague on Sunday.

Police rescue services said at least 20 were injured in the clashes, which erupted after a few thousand people, including football and ice hockey fans, rallied at Old Town Square to condemn the restrictions that include the ban of sports competitions and closure of bars and restaurants.

Public gatherings of more than six are also banned but up to 500 people are allowed to demonstrate if they are divided into separated groups of 20 and wear face masks.

Many of the demonstrators had no face coverings. After police said their number surpassed 500, the organisers ended the rally.

But some protesters remained at the square, throwing flares, beer bottles, stones and various other objects at riot police.

The Czech Republic has been facing a record surge in coronavirus infections in recent weeks.

All eyes on the Arctic: US, China and Russia race to control far north

US reports record 83,000 coronavirus cases in one day

US election: What are five big issues that Americans care about?