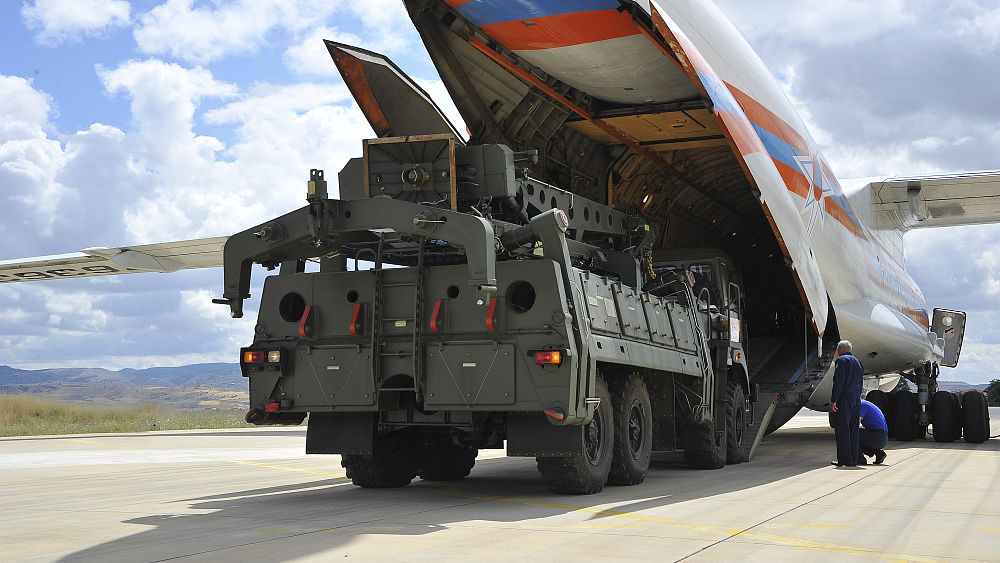 Turkey reportedly tested its Russian-made air defence system on Wednesday despite being urged by its NATO allies against the move.

Footage shared on social media that was purportedly filmed in the northern coastal town showed a white vapour trail rising into the blue sky.

The Turkish purchase of the S-400 anti-aircraft system — delivered by Russia last year at a reported cost of €2.1 billion — caused a standoff with the United States, which says the equipment could never be integrated into NATO’s air and missile defence capabilities.

Amateur video of the vapour trails over the northern town of Sinop was first shared by Turkish Minute, an opposition news outlet.

A similar report was later carried by A Haber, a broadcaster close to the Turkish government.

Turkish military and defence officials refused to comment on the reports, although a test was expected after ships and aircraft were warned to avoid the area in the Black Sea.

US officials have suspended Turkey from its F-35 fighter jet programme and previously said that Turkey risked sanctions if it ever activated the missile system.

President Recep Tayyip Erdoğan’s government has said it was force to purchase the S-400 after being denied access to US-made Patriot missiles.

How can the price of oil be negative? Euronews answers

Kenny Williamson | Moment | Getty ImagesA local authority in the U.K. is to provide university researchers with a house to test low-carbon technologies, with the collaboration set to gather potentially valuable data which could inform how buildings are designed in the years ahead. The partnership, between Hull City Council and...

Nile Rodgers of Chic performs on stage at North Sea Jazz Festival at Ahoy on July 14, 2018 in Rotterdam,...

The Iraqi port of Al Faw, in 2015, where U.S. officials say Iranian tankers now regularly transfer crude to other...

In this photo illustration of the ripple cryptocurrency 'altcoin' sits arranged for a photograph on April 25, 2018 in London,...

U.S. Treasury yields rose on Friday morning with investors hoping that a stimulus deal in Washington could soon be reached.The yield on the benchmark 10-year Treasury note rose to 0.8564% by 04:30 a.m. ET, while the yield on the 30-year Treasury bond rose to 1.6749%. Yields move inversely to prices.Prices...

London’s Chinatown is ‘over the Moon’ about its lantern installation

East Troublesome Fire continues to cause havoc in Colorado