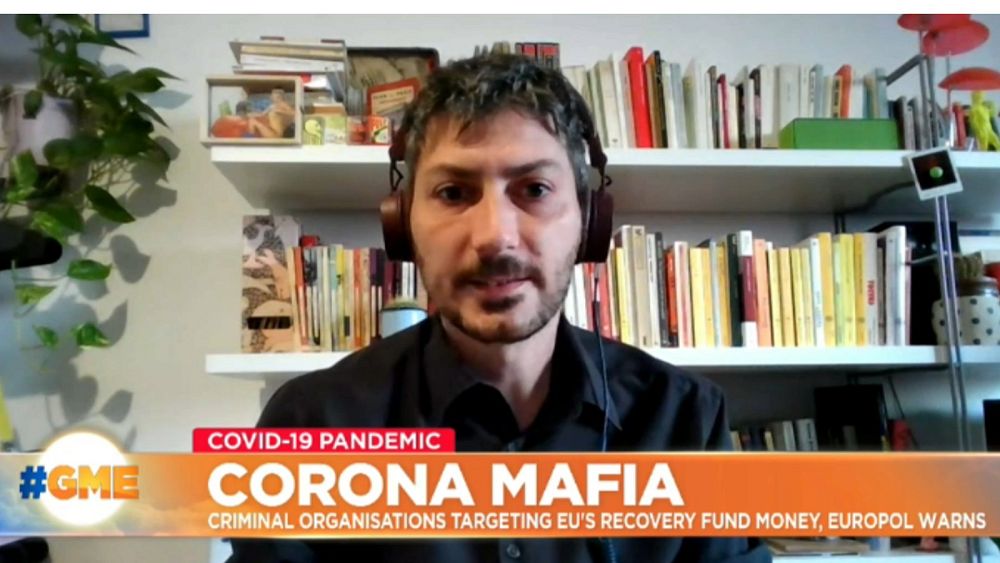 Europol’s Executive Director Catherine De Bolle warned on Tuesday that mafia organisations in Europe may attempt to get their hands on the coronavirus EU Recovery Fund – urging member countries to monitor where such money goes to.

In Italy – which is receiving the largest share of the fund, €209 billion – experts are urging authorities to keep “their eyes open”.

“The mafia is waiting for all this money to flow into the Italian economy,” says Davide Del Monte, Italy director at Transparency International, as “the appetite of organised crime always follows the money”.

Del Monte explains such organisations use sophisticated methods to cover their illicit activities.

“Last year the mafia created a lot of business firms in the legal economy, because it has the power to collect money through crimes like drug and weapon dealing, and to reinvest this huge amount of money into the ‘real’ economy.”

“They use trust funds in Luxembourg, they open bank accounts in the UK or in the Netherlands, and then open business firms all over Europe.”

“Construction, logistics as well as food and drinks” are the worst-affected sectors, Del Monte says.

But organised crime is not only an Italian problem, he argues: “We must fight it all together with stronger rules and practices in all the European countries”.

“We need to reinforce international cooperation between law enforcement agencies and public prosecutors’ offices” as well as “support and protect investigative journalists”, he adds, “that’s the first barrier, the first firewall against the mafia.”

“Finally we need to create a European legal framework that is able to fight back organised crime”.

Watch the full interview with Davide Del Monte in the player above.

Could new electric ‘air taxi’ be the future of travel?

US election: Biden vows to unify and save country; Trump hits Midwest

‘Not in my nursing home’: French care home staff lock down with residents to see out COVID-19

PARIS—At least two people were killed Thursday in a knife attack at a church in the French rivera city of Nice, in an assault prosecutors are treating as an act of terrorism, the second such assault to hit the country in two weeks. Several other people were wounded and a...

PARIS—At least two people were killed Thursday in a knife attack at a church in the French rivera city of...

Two dead after knife attack in Nice, France; mayor says ‘everything suggests’ it was a terror attack

French policemen stand guard a street after a knife attack in Nice on October 29, 2020.VALERY HACHE | AFP via...

Two dead after knife attack in Nice, France; Mayor says ‘everything suggests’ it was terrorism

French policemen stand guard a street after a knife attack in Nice on October 29, 2020.VALERY HACHE | AFP via...

Chuck Fishman | Getty ImagesAnd that's the way the cookie crumbles. The Girls Scouts of America sparked a wave of...

Three great alternatives to the iPhone 12

Pixel 5 and Pixel 4a 5GGoogleApple's new iPhone 12 and iPhone 12 Pro are excellent phones, but some people prefer...

People wearing masks to prevent the spread of coronavirus disease (COVID-19) wait to vote in the primary election in Philadelphia,...

Sharp third-quarter growth will show the economy regaining ground, but it’s still in a hole

The Best Detective Stories Ever in Books, Movies and Television

Three dead and several wounded after a terror attack in Nice, France