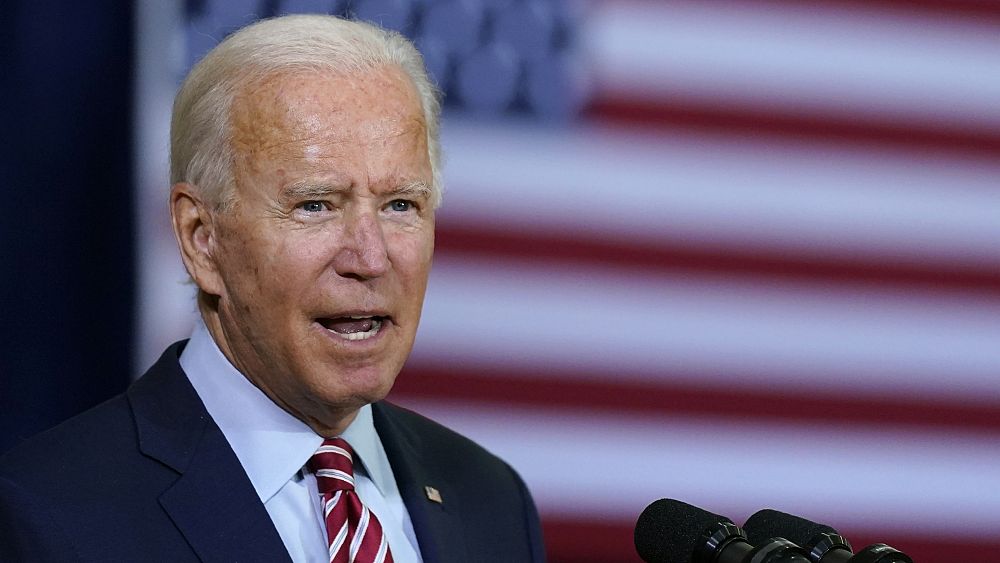 Joe Biden has warned that the Irish peace accord that ended decades of violence cannot become a “casualty of Brexit”.

The US Democratic presidential candidate added that any US-UK trade deal must respect the Good Friday Agreement and avoid a renewed hard border on the island of Ireland.

The warning comes amid international dismay at the British government’s plan to give ministers legal powers to overrule parts of the legally-binding EU divorce deal.

UK Foreign Secretary Dominic Raab has been visiting Washington trying to reassure US politicians and diplomats. He says the UK has an “absolute” commitment to the Good Friday Agreement, accusing the EU of politicising the Irish border issue.

Biden, an Irish-American, took to Twitter to back a warning from the US House Foreign Affairs Committee. “We can’t allow the Good Friday Agreement that brought peace to Northern Ireland to become a casualty of Brexit,” he said.

“Any trade deal between the US and the UK must be contingent upon respect for the Agreement and preventing the return of a hard border. Period.”

The controversial UK Internal Market bill gives ministers powers to “disapply” parts of the Northern Ireland Protocol in the Brexit Withdrawal Agreement, the formal divorce accord between the EU and the UK. It was ratified by both sides and registered as an international treaty.

To keep an open border with the Irish Republic — a fundamental theme of the peace accord — the Brexit deal means Northern Ireland will continue to follow some EU rules from 2021.

EU leaders fear the British legislative plan, which Boris Johnson’s government says is needed to reinforce the integrity of the UK, jeopardises the Good Friday Agreement by flying in the face of the divorce deal’s provisions.

But Dominic Raab told senior figures in Washington that the perceived threat “has come from the EU’s politicisation of the issue”.

“What we cannot have is the EU seeking to erect a regulatory border down the Irish Sea between Northern Ireland and Britain,” he added.

However, a regulatory filter was a key part of the EU divorce agreement, heralded by Johnson as a triumph after the prime minister struck the deal in October 2019.

It was seen as a breakthrough following prolonged deadlock over the Irish border issue, which led to the downfall of Johnson’s predecessor Theresa May.

Biden’s concerns echo those of other senior Democrats, who have warned there is no chance of a US-UK trade deal if Brexit undermines the Good Friday Agreement. House Speaker Nancy Pelosi welcomed Raab’s assurances that there would be no return to a hard border.

A ‘matter of law and trust’

The British government’s plan to override part of the Brexit treaty has plunged relations with the EU to a new low, just as flagging trade talks come to a head. An agreement is needed by next month.

It has raised fundamental questions about trust in Boris Johnson’s nationalist administration. In her State of the Union address on Wednesday, EU Commission President Ursula von der Leyen said the Withdrawal Agreement “cannot be unilaterally changed, disregarded or disciplined. This is a matter of law and trust and good faith.”

The UK prime minister accused the EU of negotiating in bad faith, repeating a previous claim.

In other developments on Wednesday, Scotland’s senior legal officer, Advocate General Lord Keen, resigned in protest at the government’s strategy.

In the evening the UK government appeared to have headed off a potential rebellion from within the ruling Conservative Party. Under a compromise arrangement MPs would be given a vote before powers could be used to break international law.

More than 130 detained after protests against coronavirus restrictions in Germany

Lebanon’s Prime Minister-Designate Mustapha Adib on Saturday said he was resigning, less than a month after being named to form...

Romana votes in local elections as prelude to General Election

Nearly one million people globally have died of COVID-19

Office real estate market will get back to pre-Covid level, in 2025: Cushman & Wakefield