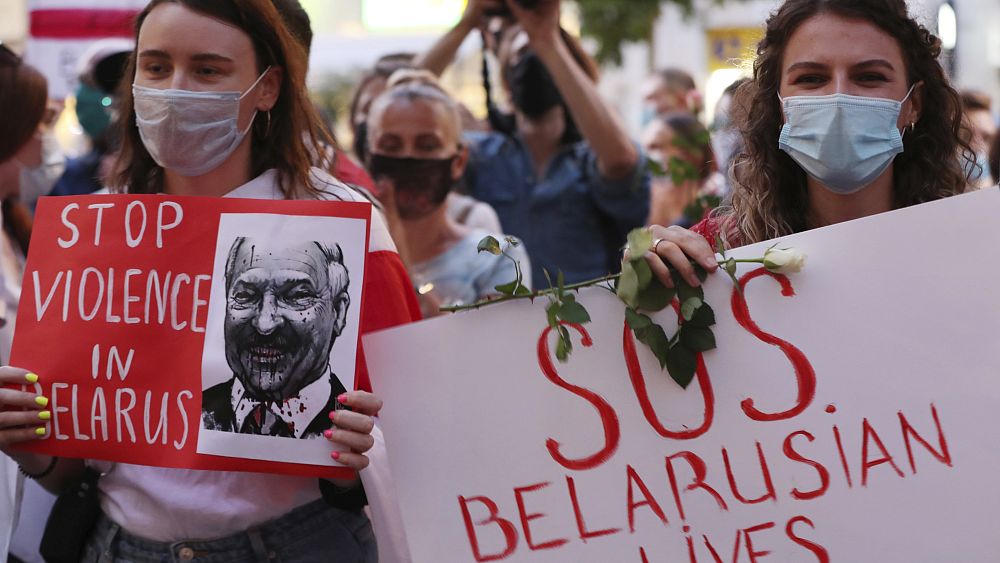 The EU has agreed on imposing sanctions against “those responsible for violence and falsification” in Belarus following a controversial presidential election that sparked mass protests in the country.

The announcement came on Friday evening by the EU High Representative for Foreign Affairs and Security Policy Josep Borrell after a meeting of the Foreign Affairs Council in Brussels.

It comes only days after Borrell called for the end of the “repression and arrests of peaceful protesters“, adding that Belarusians have the right “to democracy and free and fair elections.”

President Lukashenko had claimed those demonstrating against him have “long criminal records”.

He won a sixth consecutive term on Sunday, but his election has been met with huge demonstrations across the country amid “reports of serious administrative misconduct“, as stated by the Organisation for Security and Cooperation in Europe (OSCE).

After the election, the opposition leader Sviatlana Tsikhanouskaya, has fled to Lithuania as her husband and former presidential candidate Siarhei Tsikhanouski remains detained in Belarus.

Meanwhile, neighbouring countries Poland and Lithuania have announced measures to help the protesters.

Polish Prime Minister Mateusz announced on Friday an €11 million fund to help protesters getting visas and settle in in Poland, as well as to support Belarusian independent media and non-governmental organisations. Belarusian students in Poland will also be granted scholarships.

Lithuania offered hospital treatment to those who suffered injuries during the protests and called for the creation of an EU fund to help the victims of repression.

“We will definitely do the utmost to help and try to find some understanding and start a political dialogue,” the country’s foreign minister Linas Linkevicius told Euronews on Thursday.

Poland, Lithuania and Latvia have also called on Alexander Lukashenko to create a “national council” of reconciliation that would bring together government representatives and civil society, and proposed to mediate to resolve the crisis in the eastern European country.

‘Get your knee off our necks!’: George Floyd mourned in Minneapolis

Europe and UAE working towards a sustainable future, says ambassador

A Tesla Model S (L) and Model X are displayed at a shopping mall in Hong Kong on March 10, 2019.Vivek Prakash | AFP | Getty ImagesTesla is recalling 48,442 of its Model S and Model X electric vehicles, which were made in the U.S. and sold to customers in...

We asked 20 medical experts with kids about their pandemic Halloween plans. Here’s what they said

Anchiy | E+ | Getty ImagesParents everywhere are grappling with how to make the most of Halloween during the pandemic.The...

Cramer’s week ahead: A tough week, a prelude to election day

Mr. Biden Will ‘Transition’ You Now