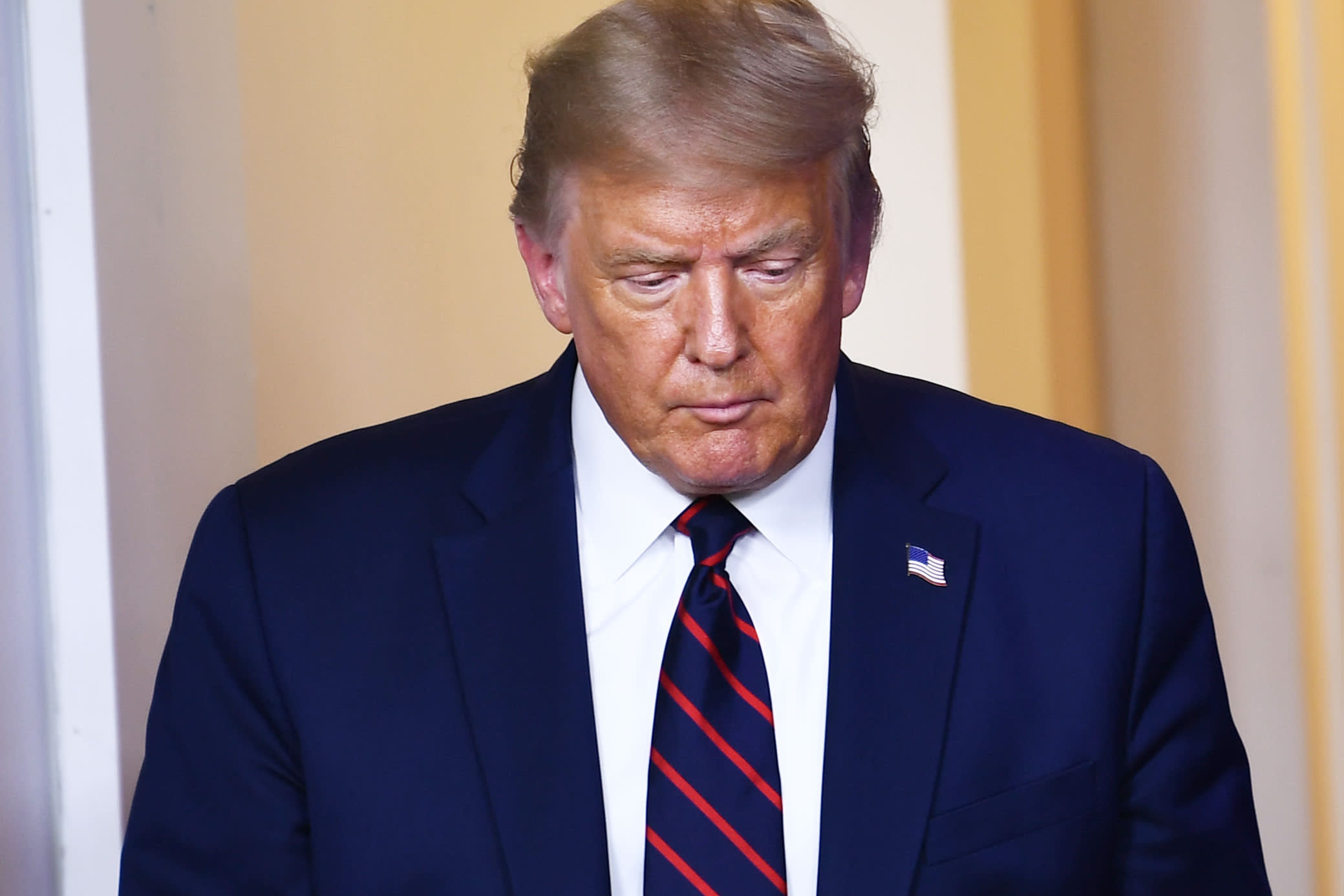 US President Donald Trump arrives to speak to the press in the Brady Briefing Room of the White House in Washington, DC, on August 4, 2020.

Prosecutors in New York have subpoenaed President Donald Trump‘s financial records from his longtime lender Deutsche Bank, according to a new report.

Deutsche Bank complied with the subpoena, supplying the DA’s office with financial statements and other records Trump and his company The Trump Organization had given the bank when he was seeking loans, two people familiar with the inquiry told the Times.

The DA, Cyrus Vance Jr., had himself revealed as recently as this week that his office could be investigating Trump and the Trump Organization for possible insurance and bank fraud.

Late last month, Trump’s lawyers filed a new effort to block the Manhattan from DA from obtaining his tax records. The lawsuit came after the Supreme Court ruled that Trump as president did not have unqualified immunity, as his lawyers had argued, against a state prosecutor seeking his records as part of a criminal probe.

In a court document filed Monday in that case, Vance told a federal judge his office is pursuing up to a decade’s worth of the financial records to see if they contain evidence of other “potentially improper financial transactions by a variety of individuals and entities over a period of years.”

“At the time the Mazars Subpoena was issued, there were public allegations of possible criminal activity at Plaintiff’s New York County-based Trump Organization dating back over a decade,” the DA’s office wrote.

Trump, unlike every other modern U.S. president since the 1970s, has refused to release his income tax returns to the public.

Read the full report from The New York Times.

U.S. will have third act of coronavirus and it will likely be ‘more pervasive,’ Dr. Scott Gottlieb says

Robinhood traders are not behind the rally and their favorites actually underperform, Barclays says

Kids with asymptomatic coronavirus infections may have active virus in their bodies for weeks, scientists say

NASA is launching a 4G mobile network on the moon

China Acceleration May Not Rescue World From Coronavirus Slowdown

China Acceleration May Not Rescue World From Virus Slowdown

Take a look at some of the biggest movers in the premarket:Concho Resources (CXO) – ConocoPhillips (COP) will buy its rival energy producer in an all-stock transaction valued at $9.7 billion. Concho shareholders will receive 1.46 ConocoPhillips shares for every share they now own. CNBC's David Faber had reported last...

U.S. government debt prices were sharply lower Monday morning amid renewed optimism that a coronavirus aid package could be agreed...

Treasury yields climb as stimulus hopes return to the fore

U.S. government debt prices were lower Monday morning amid renewed optimism that a coronavirus aid package could be agreed in...

U.S. Secretary of State Mike Pompeo speaks during a news conference to announce the Trump administration's restoration of sanctions on...

Stocks fall as traders hope for stimulus deal ahead of deadline

Trump vs Biden on Medicare: How each wants to modify the insurance program