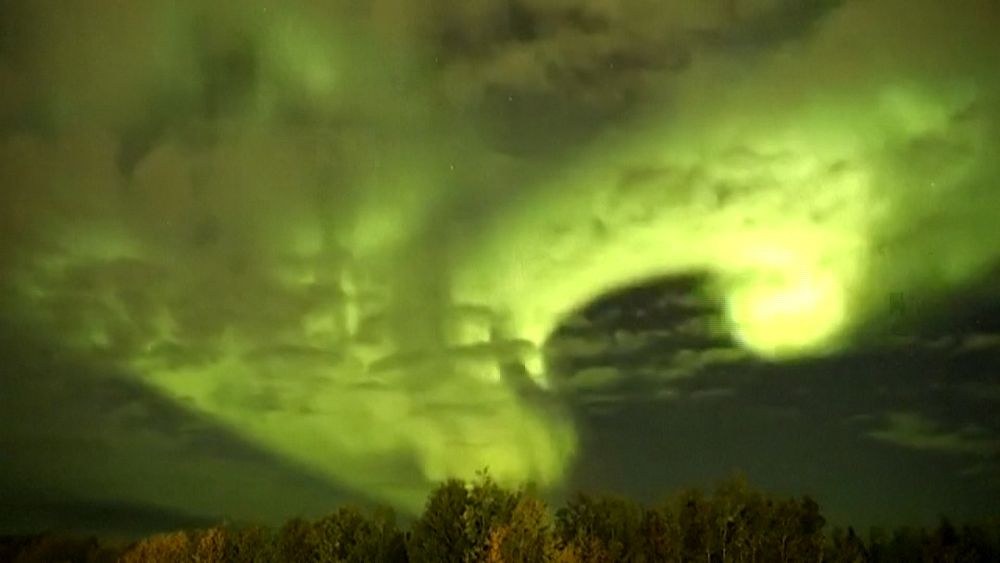 Snaking and swirling in ribbons dancing across the night sky, Northern Lights have long held people’s imagination with many travelling long distances to try and spot them.

The stunning light show was captured shining through moving clouds over Thompson in Manitoba, Canada on Tuesday night in a newly-released timelapse video.

The ‘aurora borealis’ is a natural light phenomenon caused by electrically-charged solar wind particles entering the Earth’s atmosphere. They are mostly seen in high-latitude regions around the Arctic Circle.

The Manitoba region is one of the places where the Northern Lights appear most frequently.

The peak for watching the aurora in Thompson is between January and March, but in northern parts of Manitoba especially, they are visible for up to 300 nights of the year.

Coronavirus aid corridor from China to Spain closing down

‘I’m not a bad guy’: Police video captures distraught pleas of George Floyd before his death