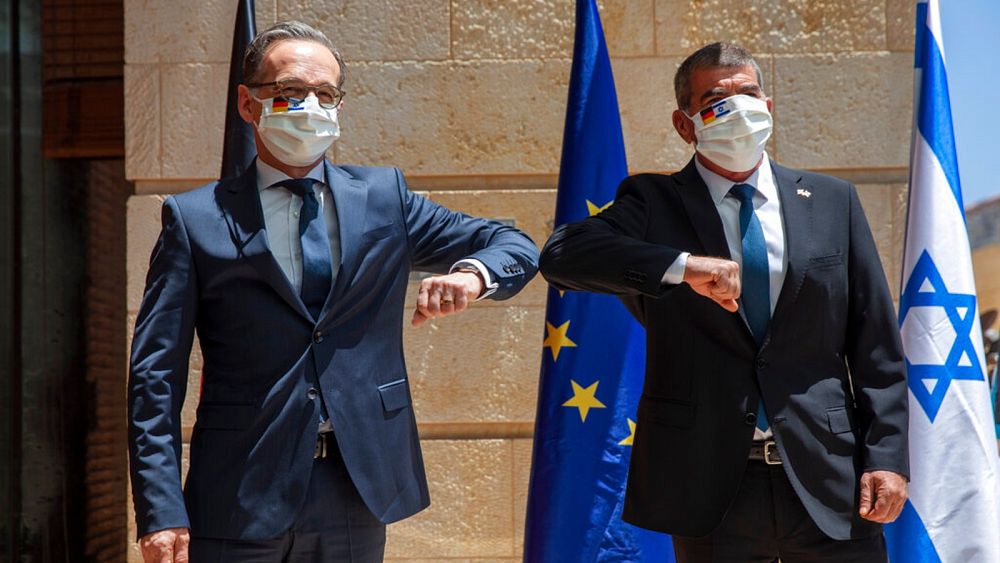 Germany’s foreign minister has warned Israel that its plan to annex parts of the West Bank would violate international law, but he would not say how Germany or Europe would respond.

The visit to Jerusalem – Heiko Maas’ first trip outside of Europe since the start of the coronavirus pandemic – comes just weeks before Israel intends to extend its sovereignty over Jewish West Bank settlements, in line with US President Donald Trump’s controversial Mideast plan.

Speaking at a news conference, Maas said that Germany and the European Union were seeking clarity about Israel’s intentions, but he made a point that Europe considers annexation incompatible with international law.

Critics of the plan say that unilaterally redrawing the Mideast map would destroy any lingering hopes for establishing a Palestinian state alongside Israel.

“I made clear that the German government and the colleagues in the EU are very worried that annexation can lead to the two-state solution no longer being viable and that we are on the wrong path,” Maas said. “It’s the time of diplomacy and dialogue.”

Germany, already a key European power broker, will be taking over the rotating presidency of the Council of the European Union and assuming the presidency of the UN Security Council on July 1, the same day Israel says it may begin unfurling its plan.

Daniel Marwecki, a teaching fellow in late 20th-century history at the University of Leeds, says Germany likely won’t push Israel too hard – and that it might even put a brake on any talk of sanctions.

“Germany is good at issuing warnings. It’s good at, you know, diplomatic talk. (…) In terms of sanctions, my prediction is that nothing will happen, and that will be because of Germany.”

Israeli Foreign Minister Gabi Ashkenazi, a former military chief, claimed the Trump plan has its upsides and presents an opportunity.

“The plan will be pursued responsibly,” he said. “We intend to do it in a dialogue with our neighbours,” he added, mentioning Jordan, among others.

The US plan envisions leaving about one third of the West Bank, which Israel captured in 1967, under permanent Israeli control, while granting the Palestinians expanded autonomy in the remainder of the territory.

The Palestinians, who seek all of the West Bank as part of an independent state, have rejected the plan, saying it overwhelmingly favours Israel. In response, they have cut off key security ties with Israel and say they are no longer bound to agreements signed.

The moves have raised concerns of a return to violence if annexation is carried out. Israel’s defence minister has urged the military to hasten preparations for what could be fierce Palestinian protests.

The proposal also faces opposition within Israel, where many fear that annexation is a step that could lead to the creation of a single bi-national state with the Palestinians. Even some hard-line settlers oppose the plan, saying it doesn’t go far enough.

But Netanyahu appears eager to press forth before the U.S. election in November, when Joe Biden, the presumptive Democratic nominee who has said he opposes annexation, could replace Trump.

Netanyahu has lauded Trump’s nearly blanket support for his policies and hailed annexation as a historic opportunity to establish Israel’s permanent borders, and retain control of strategic frontiers without having to evacuate a single settler.

In Spain and beyond, Christians prepare to mark Easter in lockdown