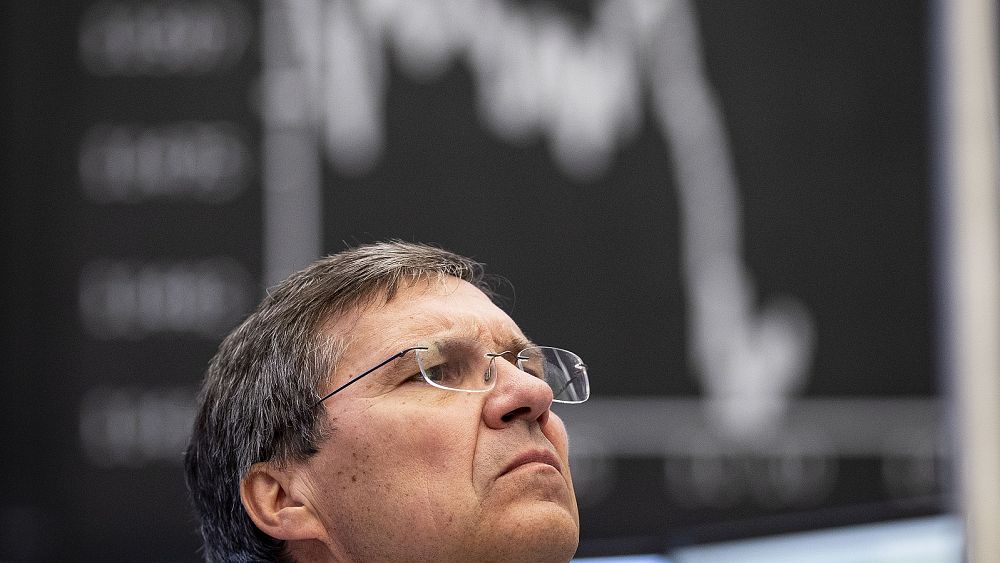 As the COVID-19 crisis continues, it is becoming clearer that the centralisation of resources is a bad solution to combat it. Uniform decision-making prevents the taking of appropriate measures in individual countries. Unfortunately, the same thing happens in the economic field but, in this case, the centralisation of political power has already made sure that many companies and banks have left their home provinces to headquarter in their countries’ capital cities – in some cases forcibly.

When we see phenomena like the gillets jaunes, the impoverishment of the España Vacía (“Empty Spain”) or even how Brexit swept the country outside London, centralisation is an element we cannot omit from today’s discussion about the current European economy. Economic desertification causes the demographic depopulation of territories.

For this reason, we have made a comparative analysis of the stock exchange indexes of some western European countries, namely Spain, France, Italy, Germany, the United Kingdom, the Netherlands and Switzerland. We have seen that most of them tend towards geographic concentration: the majority of these countries – except Germany, the Netherlands and Switzerland – have the headquarters of the member companies of their stock exchange indexes in a determined region, the political capital’s region.

As expected, the cases where this concentration is highest are France’s CAC 40 and Spain’s IBEX 35. The two most centralised countries in western Europe are also the two countries that have been able to centralise the indexed companies.

In France, 35 of the CAC 40’s companies – in other words, 87.5% of the 40 companies that make up the Cotation Assisté en Continu (CAC) index – have their headquarters in Paris’s Île-de-France region. In Spain’s case, the concentration of the IBEX 35 companies in Madrid’s metropolitan area numbers 22 companies, which is a little more than 65% of index members. The data is worrying, to say the least.

The rest of the big corporations of the CAC 40 are distributed in the French regions of Auvergne–Rhône–Alpes, Nouvelle-Aquitaine and Occitanie, and abroad in Geneva and Luxembourg.

In Spain, on the contrary, only the pharmaceutical company Grífols keeps its headquarters in Barcelona, the Iberian Peninsula’s second-largest metropolis, with the knowledge that the financial services institutions, Caixabank and Banc Sabadell moved their HQs to Valencia at the end of 2017 after being pressured by King Felipe VI and Prime Minister Mariano Rajoy to leave Catalonia after the independence referendum held on 1 October that year.

As in France, the IBEX 35 corporations are also poorly distributed throughout Spain’s territory. Beyond Madrid, there are four located in the Basque Country, with one each thereafter in the Balearics, Cantabria, Galicia and Navarre.

The third biggest share as regards to stock exchange concentration is in the UK, where 54 out of the 100 corporations of the FTSE 100 (Financial Times Stock Exchange 100 Index) are in Greater London. Both Edinburgh and Dublin have the headquarters of five FTSE 100 corporations. Some other English cities, such as Bristol, Cambridge, Newcastle and York, have one FTSE 100 corporation each. The powerful City stock exchange index includes also companies whose headquarters are in other Anglo-Saxon nations of the planet, such as the United States, Australia and South Africa. Having said that, it is important to acknowledge that, even if the centralisation of the economic power in London is still large, it is still lower than in France or Spain.

The Italian case is, on the contrary, a very interesting one. The type of concentration we have seen in other countries does not occur in Rome, but in Milan, with 20 of the FTSE Milano’s 40 corporations. The reason is Italy’s relatively young age as a nation; it was united in the 1860s under the political, financial, economic and military initiative of the Kingdom of Sardinia. The ruling class in Turin saw the need for the new northern bourgeois classes to have a bigger share in shaping the whole peninsula. Since then, these northern classes have retained the financial and economic hegemony of the Italian nation. Italy’s geographic political contract established the political capital in Rome – for obvious historical reasons – and the financial capital in Milan. Indeed, Rome is home to the headquarters of only two indexed corporations in the FTSE Milano 40. Five have their HQs in the Netherlands, presumably for fiscal reasons. However, Italy’s south, the Mezzogiorno, does not count a single base of any indexed company on its territory. Not a single one.

While France, Spain, the UK and Italy are four big western European countries with a high geographical concentration of their indexed corporations, Germany, the Netherlands and Switzerland present a low concentration, or even a clear decentralisation, in a clear mirror effect to their respective institutional structure and their political cultures.

In the Netherlands, 10 out of the 26 corporations indexed in the Amsterdam Exchange Index (AEX) have their headquarters in Noord–Holland, Amsterdam’s region, but seven are in Zuid–Holland, divided between the Hague (which has three) and Rotterdam (which boasts four). The rest are scattered among the other Dutch regions of Noord–Brabant, Utrecht and Overijssel, and the country’s most immediate European neighbours France, Flanders and Luxembourg.

In Germany, the 30 corporations of the DAX (Deutscher Aktienindex) are all spread around the nation’s Länder (federal states). Nine are in North Rhineland–Westphalia, seven are in Bavaria, five in Hesse, four in Baden–Württemberg, two in Lower Saxony, and finally Rhineland–Palatinate, Hamburg and Berlin have one DAX company each. Nevertheless, the German scenario presents an interesting characteristic: its western half looks, thirty years after the nation’s reunification, truly federal, whereas the Eastern half is still looking for its place while it orbits Berlin.

Finally, the 20 companies of the Swiss Market Index (SMI 20) are also all distributed around the Swiss cantons; three are in Basel, three others in Geneva, while Bern and Saint–Gallen have two each. Zurich crowns itself with seven indexed corporations, while the rest of the cantons (except the Ticino) can count one.

What can we take from all this? We often read about the consequences of globalisation on the future of our economies, of the outsourcing of companies and supply chains, of the consequent labour losses from major European cities. Nevertheless, we believe that the pernicious consequences of excessive centralisation have not been properly explained in full yet. The simple analysis we have made shows many of Europe’s territorial shortcomings when it comes to centralisation; not provoked by globalisation or the EU itself, but by the accumulation of political and economic power in one single geographical area. The cases of France, Spain and the UK are self-explanatory and are not to be ignored when examining the social or economic tensions experienced by these countries.

Centralisation has been generating territorial poverty, which cannot be resolved only with governmental grants or subsidies. On the contrary, the cases of Germany and the Netherlands show that a high degree of decentralisation has been fundamental for both big and small countries and their economic health. The rate of urbanisation, in the Netherlands especially, is impressive and has only been secured by an active policy of decentralisation where possible, even when it comes to governmental agencies being scattered as much as possible around the country.

The European Union must understand that structural reforms will fall short if political and economic power keeps centralising in capital cities. Decentralisation is the best means to allow equal distribution of production, as well as ensuring a level playing field of competition that does not rely on a single city. The implications for housing issues and avoiding poverty is significant here and should not be ignored. Decentralised countries, such as the Netherlands and Germany, show lower poverty levels and more economic progress than centralised countries.

Are you a recognised expert in your field? At Euronews, we believe all views matter. Contact us at view@euronews.com to send pitches or submissions and be part of the conversation.

Shoppers wearing protective face masks walk through the rain on Oxford Street in London on June 18, 2020, as some non-essential retailers reopen from their coronavirus shutdown. Tolga Akmen/AFP/Getty Images U.K. Chancellor of the Exchequer Rishi Sunak will deliver a fresh set of policy initiatives on Wednesday as Britain looks...

BANGKOK, THAILAND - JULY 27: A tug boat passes the Wat Arun Buddhist shrine, the Temple of Dawn, on the...

2017 Chevrolet Sonic Source: General Motors General Motors confirmed plans Tuesday to discontinue the Chevrolet Sonic, a subcompact car once synonymous with a new era of U.S. small car production for the post-bankrupt automaker. Production of the Sonic at GM's Orion Assembly plant in suburban Detroit will end in October...

Facebook execs made ‘no commitment to action’ in meeting, say leaders of ad boycott

Mark Zuckerberg, Chairman of Facebook, speaks on the second day of the 56th Munich Security Conference. The fight against propaganda...