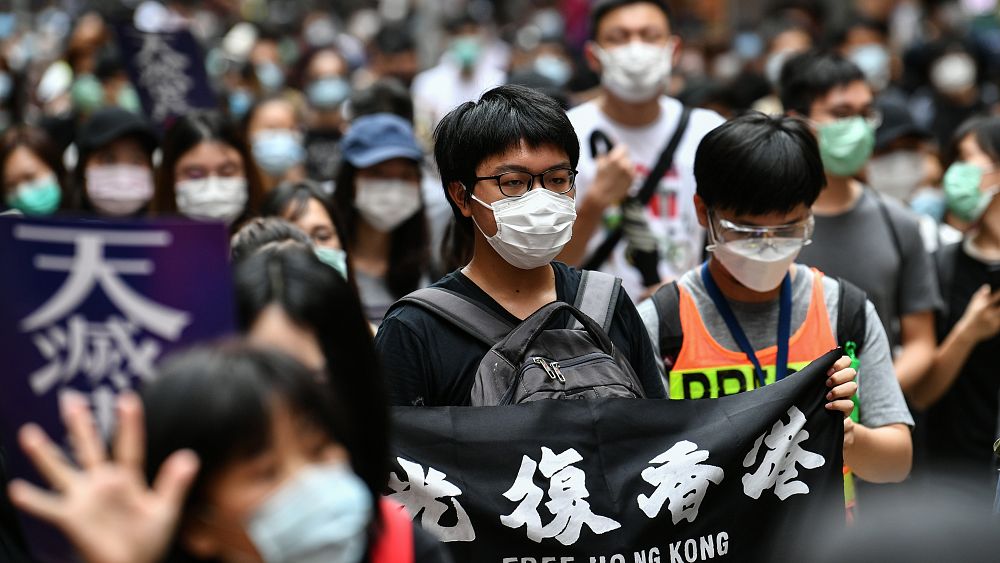 Hong Kong police fired volleys of tear gas in a popular shopping district as hundreds of people dressed in black protested against China’s proposed new security law that many fear will spell the end of the city’s freedoms.

Beijing’s proposed legislation would ban secessionist activity, as well as foreign interference in the semi-autonomous territory.

It comes after repeated warnings from China that it will no longer tolerate dissent in Hong Kong, which saw months of massive and at times violent anti-government protests last year.

Pro-democracy supporters in Hong Kong have criticised the national security law and say it goes against the “one country, two systems” framework.

The new law is expected to be passed on May 28. It would allow the Hong Kong government to set up mainland agencies in the city. Some fear this would allow Chinese agents to arrest people for carrying out pro-democracy activities.

US Secretary of State Mike Pompeo urged China to reconsider the “disastrous proposal”, saying it would “be a death knell for the high degree of autonomy Beijing promised for Hong Kong”.

Revealed: Draft list of countries that will be allowed to enter EU when borders open

Will plastic pollution get worse after the COVID-19 pandemic?

A man wearing a protective mask sits on a bench on April 10, 2020 in New Delhi as India remains...

This photo illustration taken on September 14, 2020 shows the logo of the social network application TikTok and a US...