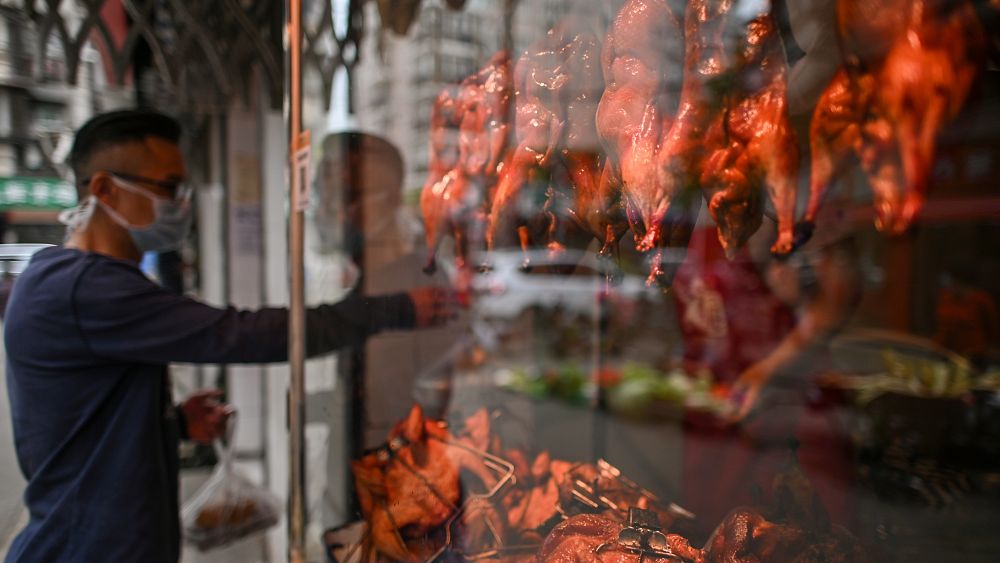 The Chinese virology institute in Wuhan, the city where the novel coronavirus emerged last year, said it had three live strains of bat coronavirus but none that match the COVID-19 strain.

The institute’s director told state broadcaster CCTV that claims by US President Donald Trump that the virus could have leaked from the facility were “pure fabrication”.

In an interview recorded on May 13 but broadcast on Saturday, Wang Yanyi said the centre had “isolated and obtained some coronaviruses from bats. Now we have three strains of live viruses … But their highest similarity to Sars-CoV-2 only reaches 79.8%.”

The virus is believed to have come from a food market in Wuhan.

The Observer and Sunday Mirror newspapers reported on Sunday that Dominic Cummings was seen in the northeast of England on two more occasions in April.

Members of the UK’s opposition called for his resignation after it was firstly reported on Friday he violated the government’s own coronavirus restrictions.

The reopening this week followed a high court ruling that the ban on religious ceremonies was illegal.

Religious services resume in France as easing of restrictions continues

Foreign tourists will be able to go to Spain starting in July, Spanish Prime Minister Pedro Sanchez said on Saturday.

The prime minister said tourists would be able to enter to Spain under certain security conditions.

International arrivals have largely ceased due to strict lockdown restrictions in Spain and quarantine rules. The tourism industry makes up 12% of Spain’s GDP.

There have been more than 28,000 confirmed deaths in Spain which is one of the worst-hit countries in Europe.

Table for one? Restaurant serving one guest in a field opens in Sweden

BEIJING – Luxury and electric vehicles emerged as bright spots at this year's Beijing Auto Show, which kicked off this weekend in the aftermath of the coronavirus pandemic with about 200 fewer vehicles than previous shows.China is the world's largest auto market, but car sales have slumped in the last...

Chinese battery and electric vehicle maker BYD shows off a model of its Han EV series at the 2020 Beijing...

The highlights from the vicious first debate between Trump and Biden

China’s plan for responding to global uncertainty is building up its own market, advisors say