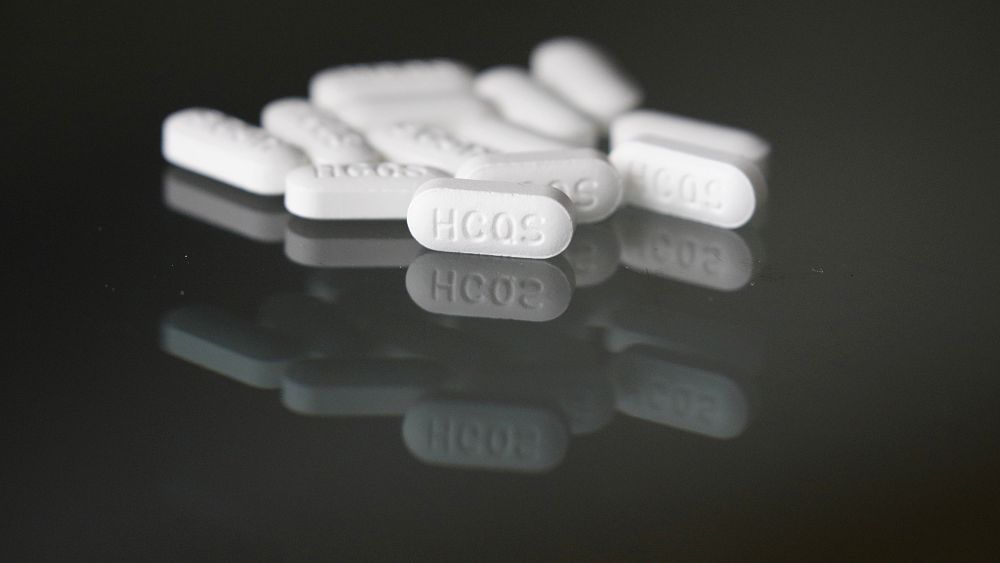 The anti-malarial drug hydroxychloroquine did not benefit COVID-19 patients and was linked to an increased risk of death and heart rhythm problems in a new global study.

Published in The Lancet, the studyincluded 14,888 people who were treated with hydroxychloroquine or chloroquine.

Hydroxychloroquine has been much hyped as a COVID-19 treatment since French doctor Didier Raoult said he was treating patients in Marseille with the drug and an antibiotic. He published a small study without a control group in March.

The drug is being studied in several clinical trials globally including the World Health Organization’s Solidarity trial.

The new global analysis found no benefit in COVID-19 patients but instead a greater risk of heart problems and death.

Around 9% of patients died in the control group compared with roughly 16% of those taking chloroquine, the study said.

The study also showed a greater risk in patients treated with chloroquine or hydroxychloroquine and an antibiotic.

Chloroquine is a drug that has been around since the 1940s to treat malaria and hydroxychloroquine is a less toxic derivative of it but it has some serious side effects including headache, dizziness, nausea, and in some cases heart problems.

Read more: What do we know about Hydroxychloroquine?

US President Donald Trump had touted the drug’s use against COVID-19 in mid-March, stating that it showed “very very encouraging early results”. He said this month controversially that he had been taking it as a precaution against coronavirus and said he felt fine.

France’s health minister Olivier Véran tweeted that an advisory counsel would look into the use of the drug following the release of The Lancet study in order to review government guidance around its use.

Hype over the drug’s use spurred global supply shortages that put patients with autoimmune disorders who rely on the drug for treatment at risk.

“Our study has several limitations. The association of decreased survival with hydroxychloroquine or chloroquine treatment regimens should be interpreted cautiously,” due to the observational nature of the study, researchers said of the new global study published Friday.

But Dr David Aronoff, an infectious diseases chief at Vanderbilt University Medical Centre, told AFP that the scope of the study gives it impact.

“It really does give us some degree of confidence that we are unlikely to see major benefits from these drugs in the treatment of COVID-19 and possibly harm,” Aronoff, who was not involved in the study, told the AP.

Watch live: How has the COVID-19 pandemic brought social and economic inequalities to the fore?

Cultural showcase, Media for the deaf, and Anti covid-19 comedy

SINGAPORE — Asia-Pacific markets were mixed in Wednesday morning trade as investors reacted to the release of China's manufacturing activity data for September.Mainland Chinese markets were higher, with the Shanghai composite up 0.3% while the Shenzhen component added 0.563%. Hong Kong's Hang Seng index advanced 0.89%.Japan markets were lower, with the...

China’s manufacturing activity expanded in September ahead of long holidays

China on Wednesday announced that manufacturing activity expanded in the month of September as the world's second largest economy continued to show...

SINGAPORE — Asia-Pacific markets dipped on Wednesday morning as investors react to the release of China's manufacturing activity data for September.Japan...