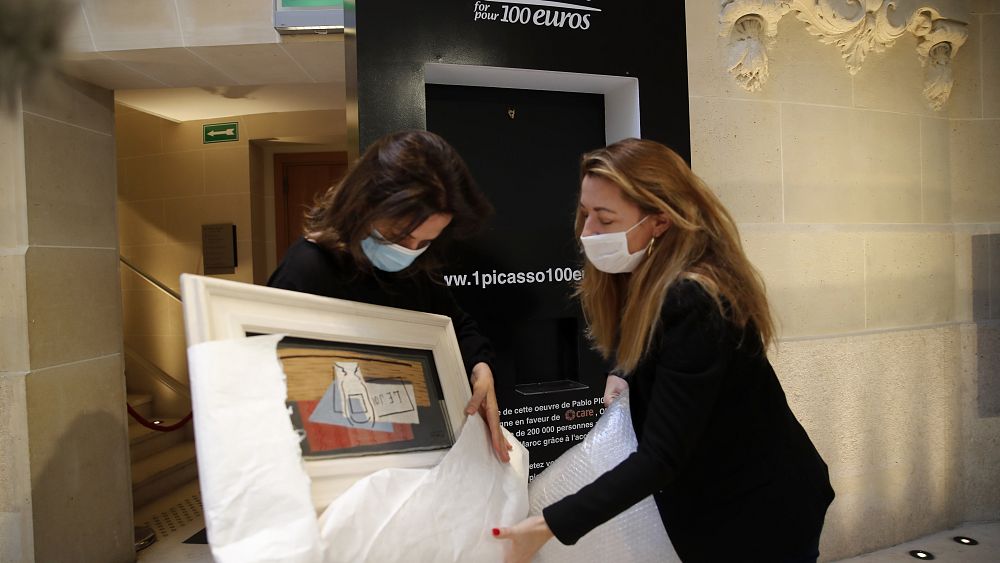 A woman from Italy won a Pablo Picasso oil painting worth €1 million after her son bought her a €100 charity lottery ticket.

Claudia Borgogno, an accountant, summed up her amazement: “Incredible”.

“I have never won anything before,” said the 58-year-old from Ventimiglia, northern Italy, adding that she likes Picasso and the prospect of being able to hang one of his paintings on her wall was still sinking in.

Her son Lorenzo Naso had gifted her the ticket for Christmas.

“It was maybe the best decision of my life,” he asserted. “When I arrived and I told her she had won she was like, ‘Please don’t joke’. She is not going to sleep tonight.”

Naso, an analyst for the European Union, lives in Paris but has been staying with his mother in Italy during the coronavirus lockdown.

The ticket was picked out in an electronic draw at the auction house Christie’s in Paris on Wednesday, May 20.

The charity lottery sold over 50,000 tickets around the world – mostly in France, US, Switzerland and Italy.

Proceeds are going to provide water for villagers in Madagascar and Cameroon.

The painting, which is called Nature Mort, shows a newspaper and a glass of absinthe on a wood table.

Picasso painted it in 1921, and it comes from the collection of Monegasque billionaire David Nahmad, which includes around 300 works of the Spanish artist.

In photographs: Hiroshima and Nagasaki after nuclear attacks 75 years ago

Bill Gates warned we were not ready for the next pandemic, here’s how he says we should respond now

Chinese battery and electric vehicle maker BYD shows off a model of its Han EV series at the 2020 Beijing auto show.Evelyn Cheng | CNBCBEIJING — Demand for luxury electric sedans is on the rise in China.In just over two months, orders for the "Han" line of electric cars from BYD —...

The highlights from the vicious first debate between Trump and Biden

SINGAPORE — Asia-Pacific markets were mixed in Wednesday morning trade as investors reacted to the release of China's manufacturing activity data...

China’s plan for responding to global uncertainty is building up its own market, advisors say