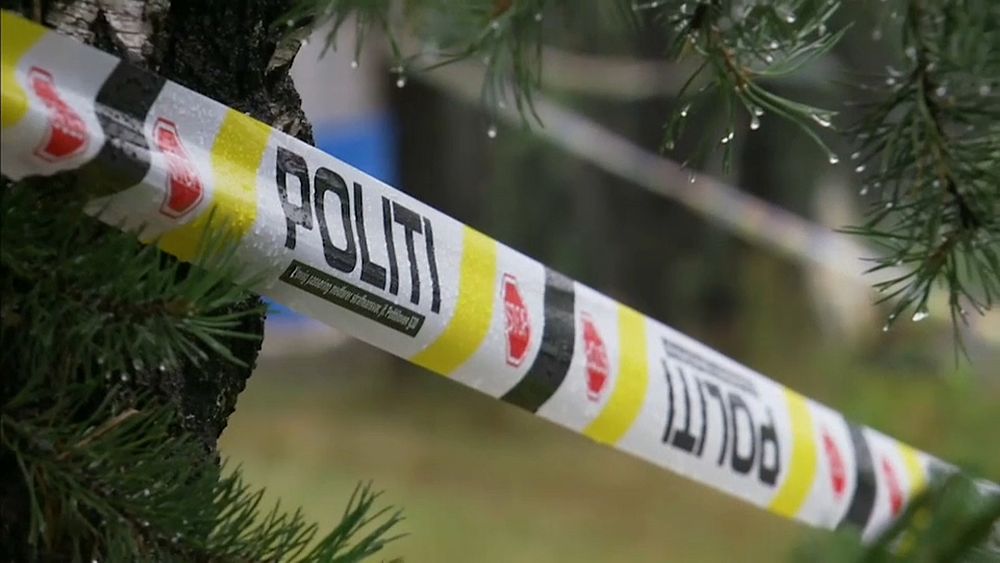 Norwegian prosecutors have sought a 21-year prison sentence for a right-wing extremist who is alleged to have opened fire outside a mosque near Oslo last year.

Philip Manshaus, 22, is on trial for “homicide” and a “terrorist act”.

He is accused of killing his half-sister and committing an attempted shooting in Bareum in August.

“He seems likely to be dangerous over a very long period of time,” prosecutor Johan Øverberg said on the last day of the trial on Wednesday.

The Norwegian Public Prosecutors Office also argue that the alleged murder of his 17-year-old half-sister, Johanne Zhangjia Ihle-Hansen, was a “planned execution” and had “racist motivations”.

The requested prison sentence has a minimum detention period of 14 years and can be extended indefinitely if the convicted person is deemed to be dangerous.

Philip Manshaus’ defence has asked for an acquittal, arguing that there are doubts over the accused’s criminal responsibility and that he had a “rather paranoid perception of the world”.

“If the court finds him irresponsible, he can be sentenced to forced psychiatric care,” said defence counsel Unni Fries.

During the trial, three experts had found Manshaus criminally responsible.

On 10 August 2019, a suspect wearing a bullet-proof vest and helmet camera opened fire at the Al-Noor Islamic Centre, without causing serious injuries, before being subdued by worshippers.

There were only three people inside the mosque preparing for Eid celebrations at the time of the shooting.

Police later found the body of his adopted half-sister, of Chinese origin, who had been shot four times in their home.

Prosecutors say Manshaus “wanted to kill as many Muslims as possible” and have stressed that the accused shows no remorse.

A verdict is expected on the trial next week.

Stocks in Australia were set to trade lower at the open as investors await the release of China's benchmark lending...

TEL AVIV—Most Israelis stayed indoors to celebrate Rosh Hashana in small groups, rather than the usually large gatherings that mark...

Russia has struck preliminary agreements to sell its Covid-19 vaccine to more than 10 countries in Asia, South America and the Middle...

US Speaker of the House, Nancy Pelosi, Democrat of California, holds her weekly press briefing on Capitol Hill in Washington,...

The death of Supreme Court Justice Ruth Bader Ginsburg on Friday seemingly shifted everything about the 2020 race between President...

Juanmonino | Getty ImagesBank scams are nothing new, but they are growing. According to the American Bankers Association, deposit account...

Emmys 2020: Get ready for a different kind of awards show