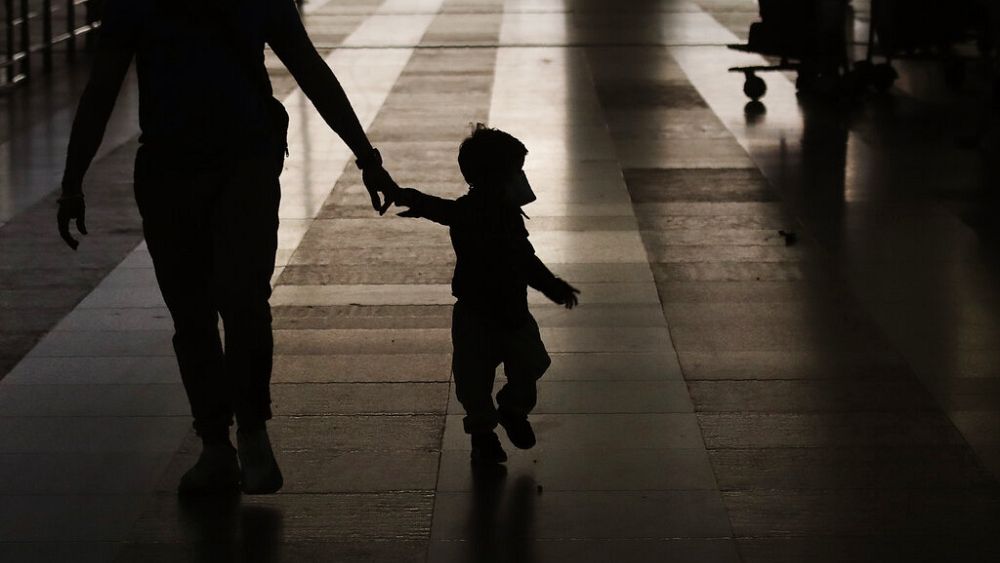 A rare syndrome affecting children that could be linked to COVID-19 has been reported in several European countries.

As well as the UK, France, Italy, Spain, and the US have all reported cases. Not all have tested positive for COVID-19.

What is Kawasaki disease?

Kawasaki disease primarily affects children under the age of five and can cause blood vessels to become inflamed and swollen and lead to complications such as the swelling of the arteries.

“The characteristics of it are fever, red eyes, red lips, red tongue, a rash, there can be swelling and redness of the hands and feet and there can also be swelling of the lymph nodes and neck,” said Adriana Treboulet, associate director of the Kawasaki Disease Research Centre at the University of California, San Diego.

“It can cause swelling of the arteries of the heart and that can be lifelong and it can lead to things such as a heart attack,” Treboulet added.

The disease can be mild but about a quarter of children will have coronary artery aneurysms or swelling of the heart arteries, experts say.

“So Kawasaki disease has been recognised for a long time and it really is as horrible as it sounds,” Kate Sullivan, a professor of paediatrics at The Children’s Hospital of Philadelphia. “There’s inflammation of every organ of the body.

“Usually what people see first is the skin but the thing that we are most afraid about is it affects the heart and an inflammation of the heart is always dangerous.”

What is the reported link between Kawasaki disease and COVID-19?

In countries with large outbreaks of coronavirus, there have been more reported cases of paediatric shock and underlying Kawasaki disease. Some of these children have tested positive for COVID-19 although it’s unclear how many.

France’s health minister Olivier Véran told parliament there had been some 15 cases of Kawasaki disease in France although not all of the cases tested positive for COVID-19.

NHS England recently warned that some children have shown symptoms of toxic shock syndrome — which is caused by a bacteria getting into the body and releasing harmful toxins — and atypical Kawasaki disease “with blood parameters consistent with severe COVID-19 in children”.

Spain’s paediatric association put out a similar warning, stating that there were cases of paediatric shock but telling parents not to be alarmed.

“Cases of shock in children that are temporarily coinciding with the COVID-19 epidemic are very rare,” the association explained.

Prof Simon Kenny, NHS national clinical director for children and young people, said in a statement that “thankfully Kawasaki-like diseases are very rare, as currently are serious complications in children related to COVID-19, but it is important that clinicians are made aware of any potential emerging links so that they are able to give children and young people the right care fast”.

Experts say it is too early to determine whether or not there is a direct link between the virus that causes COVID-19 (SARS-CoV-2) and Kawasaki disease.

How could it be linked to COVID-19 and when will we know?

The NHS warning also suggested that “there may be another, as yet unidentified, infectious pathogen associated with these cases.”

Professor Robert Tulloh, a cardiologist at Bristol Royal Hospital for Children, told Euronews: “There might be worse cases of [Kawasaki disease] because they are presenting late – since they were mistakenly thought to be COVID-19 until too late. Or there might actually be more cases of Kawasaki disease triggered by COVID-19, masquerading as COVID-19 or actually COVID-19-related.”

“​It will take many months before the epidemiologists can let us know whether there is a link. It will be complicated and not a simple answer,” Tulloh added.

Tulloh says there was thought to be a link between Kawasaki disease and SARS (Severe Acute Respiratory Syndrome) during the 2003 outbreak, but that theory has since been disproven.

“As with COVID-19, Kawasaki disease can be mild in most cases and we would not want to cause alarm or panic among parents of young children,” added Tulloh.

“However, about a quarter of children with Kawasaki disease will get coronary artery aneurysms (swelling of the heart arteries) if they are not treated at the correct time, which is about 5 days into the illness.

“It is therefore very important that parents and doctors remember that not all fever is COVID-19 but maybe other childhood illnesses such as Kawasaki disease. These children should be referred to the hospital at the correct time of five days where treatment is available to minimise the risk of heart damage.”

Professor Russell Viner, President of the Royal College of Paediatrics and Child Health, stressed that instances of children falling severely ill with COVID-19 have been “very rare”.

“Evidence from throughout the world shows us that children appear to be part of the population least affected by this infection.”

What does the World Health Organization (WHO) say?

WHO confirmed on Wednesday (April 29) that it was investigating the rare inflammatory condition.

“There are some recent rare descriptions of children in some European countries that have had this inflammatory syndrome, which is similar to Kawasaki’s syndrome. But it seems to be very rare.

“But it seems to be very rare and only in maybe one or two countries so far and in a number of countries and additional countries, they have not recorded this yet. But this is something that the clinical network is looking into specifically.”

Serbia: Fifth night of anti-Vučić protests in Belgrade but no trouble reported

SINGAPORE — Stocks in Japan were set to trade lower at the open following an overnight tumble on Wall Street.Futures pointed to a lower open for shares in Japan. The Nikkei futures contract in Chicago was at 23,415 while its counterpart in Osaka was at 23,390. That compared against the...

WASHINGTON—China accelerated purchases of U.S. farm products last month, new data shows, but overall it remains far behind on a...

House Speaker Nancy Pelosi eviscerated the Trump administration on Monday as Washington fails to send more relief to Americans during...