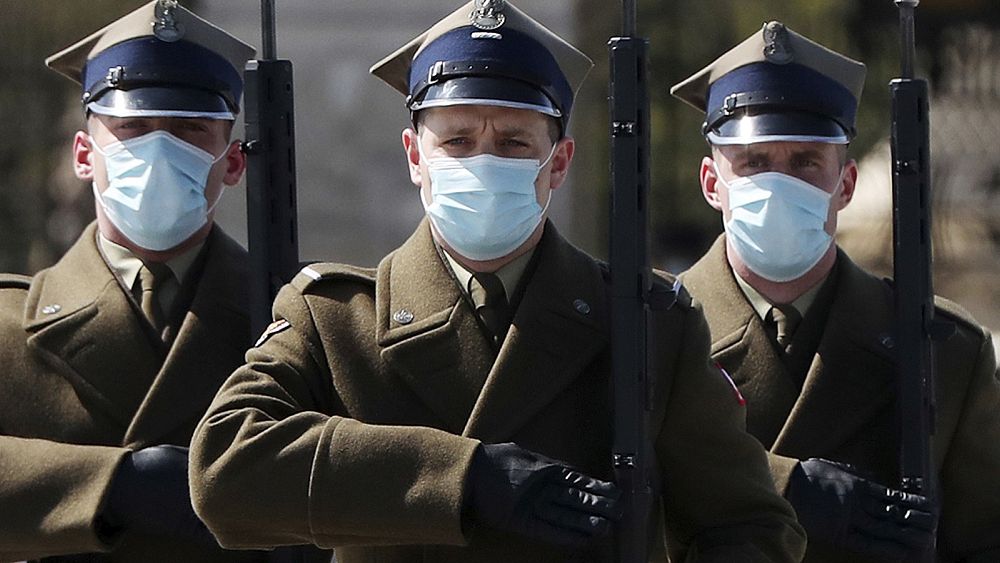 Were there not four horsemen of the Apocalypse? Just as the virus was spreading in China, Europe was having to deal with the border crisis with Turkey, a humanitarian crisis in Syria, a civil war in Libya, keeping Russia at bay and responding to instability and terrorism in the Sahel. At the same time, Europeans were scratching their heads about how to deal with President Trump’s “America First” strategy. There was a little thing called Brexit, too. Of course, none of these problems have gone away and they will remain regardless of how many future waves of COVID-19 appear.

Several commentators believe that these issues are nothing in comparison to the epochal changes we are about to face because of the pandemic. Many are already talking about the end of or, at the very least, a reconfiguration of globalisation. Linked to this assumption is the idea that strategic competition between the US and China will likely intensify as both states try to readjust their economies, while exercising a form of “social distancing” in strategic terms. With this reading, it is as if the horses of plague and conquest are already upon us.

Yet, Newton’s laws of motion may help us to at least frame what might be around the corner. On the one hand, there are centripetal trends that might be aggravated and give rise to security concerns a lot sooner than they might otherwise have been expected. On the other, centrifugal forces may result in unexpected problems, such as the collapse of regimes and governments, civil unrest and even war. Europe needs to be prepared for all of these events; COVID-19 shows that we no longer have the luxury of saying “big events” may never happen.

There may be some comfort in knowing that even before the pandemic, the European Union was already beginning to take its strategic autonomy more seriously in areas like defence, currency and technology. However, COVID-19 emphasises the necessity of European solutions to cross-border crises. This crisis may call for a bold step forward in EU integration underpinned by treaty change, but it may equally result in governments seeking solace in the seemingly comfortable, albeit insufficient, bosom of national sovereignty.

What about the other two horsemen: war and famine? As of today, it seems likely that the EU will emerge from the pandemic before Africa and the Middle East. As Europe implements its economic stimulus package, there will be neighbouring countries that simply lack the medical and sanitation infrastructure to “flatten the curve.” They will lack the financial resources to kick start their economies too. Many in the EU’s wider neighbourhood are already stricken by war, conflict and the aggravating effects of climate change. The crisis could lead to greater poverty and exploitation.

The migration crisis could be exacerbated too, and put additional strain on Europe’s southern states. The perfect storm of the pandemic, war and human trafficking is already upon us in Libya. Populists inside and outside of the EU may well seize on this issue, too. Furthermore, despite historically low oil prices, the virus could nonetheless significantly damage global food supply chains and undermine much-needed state-backed food subsidies in the poorest countries.

Any fresh or aggravated instability in Europe’s near and wider neighbours obviously needs to be avoided. This is why in April, a package of €20 billion was put together to support the EU’s most vulnerable neighbours. The French President, Emmanuel Macron, has also spoken about debt relief for Africa.

Beyond money, however, we should expect calls for greater EU support, with police and military advice and logistical medical support to intensify. The EU is already on the ground in places such as the Sahel and the Horn of Africa. EU personnel in Mali have even contracted the virus. Yet, COVID-19 could require the mobilisation of different capacities, such as the airlifting of medical equipment to vulnerable countries, the setting up of mobile field hospitals or sharing best practices on how to manage country-wide “lockdowns.” Fortunately, the EU is uniquely well-placed to handle these tasks, given it’s more than 20 years’ worth of the experience in deploying civil, development, humanitarian, diplomatic and military tools in vulnerable countries and regions.

Yet, in dealing with the four horsemen of the Apocalypse, the EU will be up against a number of difficulties. For example, European assistance to Africa will be deployed alongside China, who have the resources and a desire to make amends for being the country where the outbreak began. This will not make aid coordination on the ground any easier, especially as the EU has already warned that medical aid could be instrumentalised for propaganda purposes. Partnerships with NATO, the UN, Japan, South Korea and others will be essential in upholding a genuine multilateral approach to the crisis that beckons in Africa.

However, perhaps the most worrying challenge facing European security right now is rooted in the continent’s economic recovery. Even though the EU put a number of tools in place in 2016 to enhance security and defence cooperation, years of under-investment in defence capabilities have taken their toll. In this regard, national approaches will not help Europe, and with Permanent Structured Cooperation and the European Defence Fund, there is no need to reinvent the wheel. Governments just need to invest in European cooperation – it’s that simple.

Europe’s armed forces are playing a heroic role at home, and the way they have repatriated citizens and delivered medical equipment has been truly extraordinary. Yet, the looming economic recovery may take its toll on Europe’s armed forces and civilian experts – they will be expected to do more with less money. This has to be avoided at all costs. Without well-resourced and motivated civil and military actors, the four horsemen of the Apocalypse could trample all over Europe’s security.

Are you a recognised expert in your field? At Euronews, we believe all views matter. Contact us at view@euronews.com to send pitches or submissions and be part of the conversation.

‘No to racism!’: Protests after George Floyd killing spread across Europe

Stocks in Asia-Pacific were set to trade mixed at the open as investors react to recent comments from Federal Reserve...

Third year students at the NUS medical school using a simulated virtual reality device called Pass-It to be trained on...

Erroneous and reversed coronavirus guidance from the nation's top health agency amid reports of tampering from Trump administration officials is...

Jeff Bezos, founder and chief executive officer of Amazon.com Inc., speaks at the National Press Club in Washington, D.C., on...

Jim Cramer: Investors should still sell Nikola even after its founder’s resignation