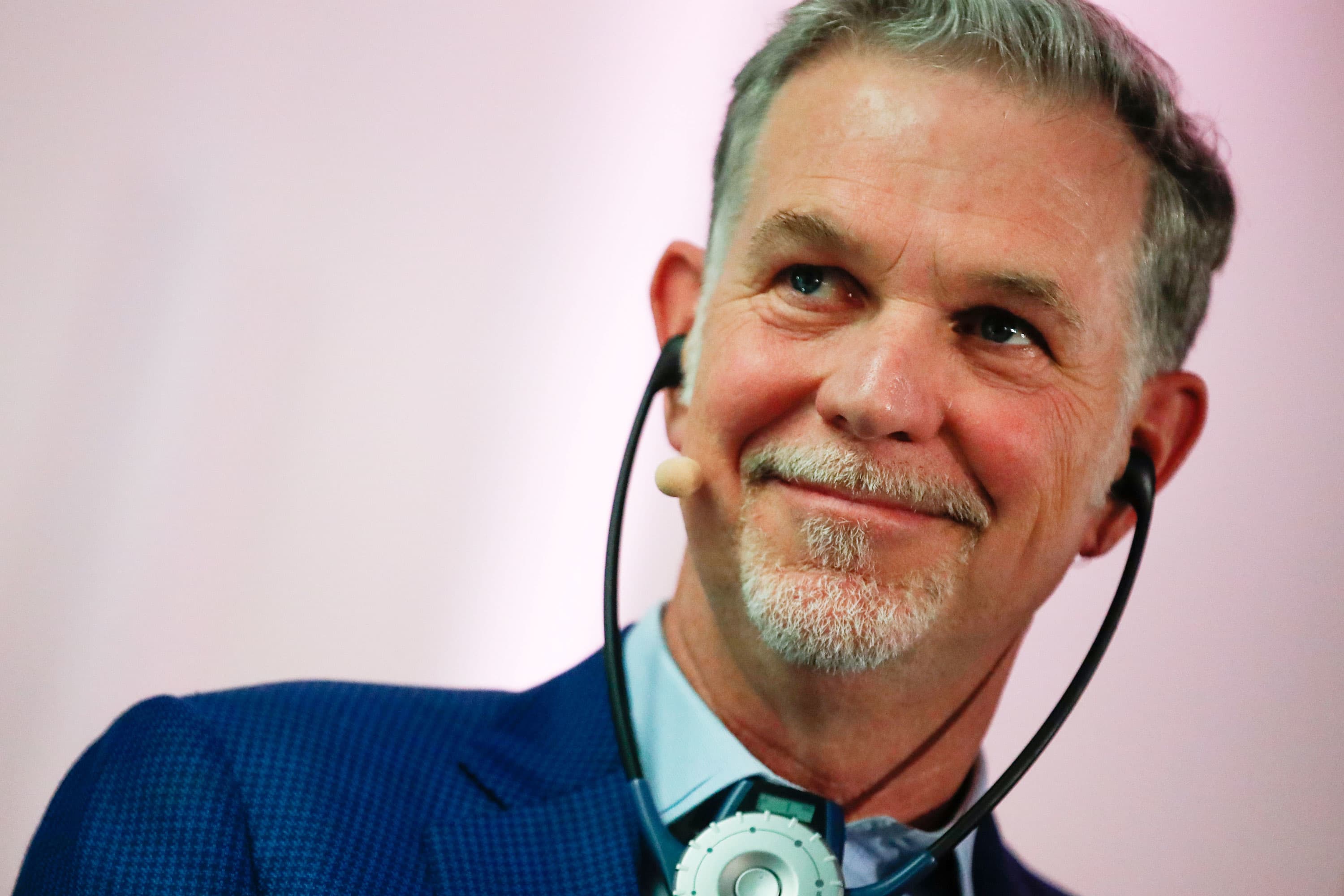 Check out the companies making headlines midday on Thursday:

Netflix — Shares of the streaming giant rose nearly 5% to an intraday all-time high of $449.52 per share on Thursday. The stay-at-home stock got a boost when Goldman Sachs hiked its price target to $490 per share, tied for the highest on the Street. Goldman said Netflix will report better-than-expected earnings next week.

Abbott Laboratories — Abbott shares climbed more than 4% after the biotechnology company reported quarterly results that surpassed analyst expectations. The company posted an adjusted profit of 65 cents a share on revenue of $7.73 billion. Wall Street expected earnings of 59 cents a share on sales of $7.44 billion. The company also highlighted three diagnostic tests for coronavirus, including molecular tests.

KeyCorp — KeyCorp shares dropped more than 6% after the company posted disappointing earnings and revenue for the previous quarter. KeyCorp earned 12 cents per share on revenue of $1.466 billion. Analysts polled by Refinitiv expected a profit of 18 cents a share on revenue of $1.563 billion. The company increased its loan-loss provisions to $359 million from $62 million in the year-earlier period.

BlackRock — Better-than-expected earnings pushed BlackRock shares up more than 6%. The asset-management giant reported a profit of $6.60 per share, topping a Refinitiv estimate.

Co-Diagnostics — The diagnostics company jumped more than 19% after the company said its saliva test for coronavirus was validated by a certified laboratory. The stock has gained more than 1,100% this year.

Jack in the Box — Shares of the restaurant chain jumped more than 18% after BTIG upgraded the stock to buy from neutral. The company said on Wednesday that it expected same-store sales to decline by 4.2% in its fiscal second quarter, which ended last week, and that 99% of its locations were still open. BTIG said in a note that this put Jack in the Box’s performance inline with peers even though its stock price had fallen further.

Vanda Pharmaceuticals — The drugmaker rose 4.4% after the company announced that it has enrolled its first human patient in a trial for a Covid-19 treatment. The phase three trial will involve about 300 patients, with some given Vanda’s Odyssey drug and others given a placebo.

United Airlines — Shares of United Airlines tanked nearly 10% after the airline company said it would cut its May schedule by 90% with travel demand plummeting amid the coronavirus crisis. “Less than 200,000 people flew with us during the first two weeks of April this year, compared to more than 6 million during the same time in 2019, a 97 percent drop,” CEO Oscar Munoz said in a statement.

Goodyear Tire & Rubber — The tire company fell more than 5% after releasing preliminary first quarter results. Goodyear said its first-quarter sales were approximately $3.0 billion, down from $3.6 billion a year ago. The company also suspended it dividend.

Chegg — Shares of the education technology company dipped more than 4% after JPMorgan downgraded the stock to a neutral rating. “At least 200 colleges and universities have shifted the Spring semester to pass/fail grading, which creates downside risk to subscribers in 2Q. Online traffic data also suggests some weakness in 1Q,” the firm said.

Square — An analyst at Raymond James downgraded the payments company’s stock, sending it down more than 6%. The analysts took Square down to underperform from market perform, noting the coronavirus is the company’s “kryptonite.” He also thinks “there is a significant disconnect between the recent performance of the stock,” the analyst said.

‘Economic and social consequences will last a lot longer than the virus itself,’ says OECD’s Gurria

Organisation for Economic Co-operation and Development (OECD) General Secretary Angel Gurria gestures as he addresses a meeting at OECD headquarters in Paris on June 7, 2017.ERIC PIERMONT | AFP | Getty ImagesLONDON — The global economy must fundamentally transform in order to avoid going back to the status quo that...

China’s billionaires see biggest gains ever, adding more than $1.5 trillion to their fortunes

After a series of stumbles, Bolivia’s Interim President Jeanine Añez, shown on Sunday, failed to draw enough voters to her...

House Speaker Nancy Pelosi said Democrats and the White House have moved closer to a coronavirus stimulus deal ahead of her latest call with Treasury Secretary Steven Mnuchin on Tuesday afternoon.The California Democrat downplayed the importance of a deadline she had set to strike an agreement before the end of...