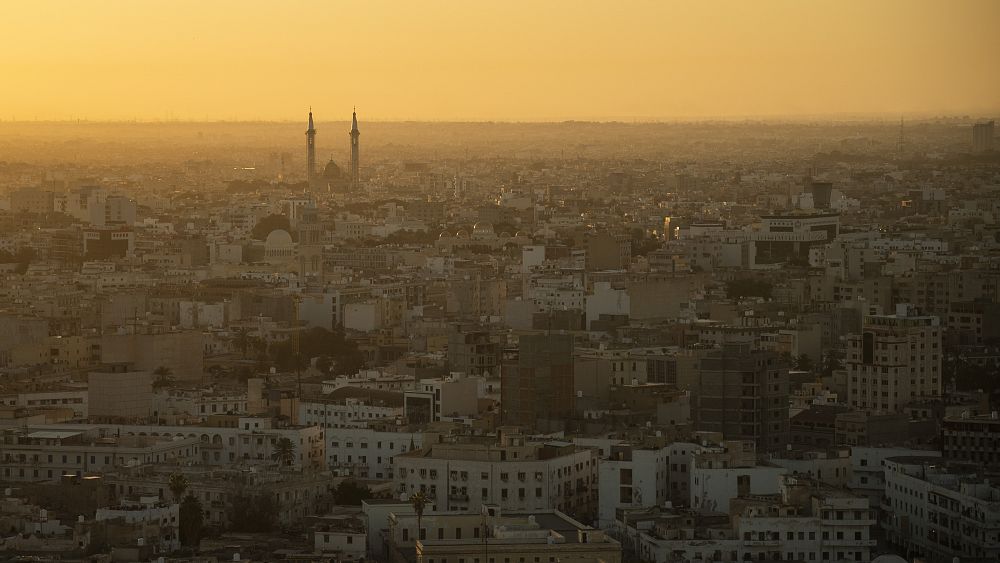 Libya has been engulfed by conflict for nearly a decade now.

The fall of dictator Muammar Gaddafi in 2011 was supposed to herald a new phase of social development and freedom for the country of six million.

Instead, it brought about political and economic instability and plunged Libyans into what many describe as their darkest days.

Alkish sent us a few audio messages on Facebook, explaining how life has changed since authorities started imposing curfews in different parts of the country and enforced lockdowns to try and halt the spread of coronavirus.

“For people like me who don’t get a salary from the government, things are really difficult,” Alkish said. He used to do a series of jobs including ride-sharing services “just like Uber, the Uber services in America, but not exactly”, Alkish said.

His joking tone changed when he described the situation right now: “Since the curfew started, my customers don’t call me. They don’t have anywhere to go. So I wasn’t able to make any money during the last couple of weeks.”

Residents in the capital also faced electricity and water shortages in the past few days, Alkish said. “People were about to lose their minds, I mean… no electricity, no water… only a few hours to go out and get your stuff together, you know?”

But, in Libya, those who still have a home to go back to are among the lucky ones.

Since the fighting reignited last year, when General Khalifa Haftar in the east ordered militias in the self-proclaimed “Libyan National Army” to take control of the capital Tripoli, some 200,000 Libyans were displaced, according to the International Organization for Migration (IOM).

Many of them now live in makeshift shelters — schools and gymnasiums turned reception centres — in and around Tripoli. These conflict-stricken families now struggle to meet basic needs, from shelter to food, water, and medical care. And are unable to follow social distancing measures due to the inherently crowded nature of these spaces.

Willem de Jonge, the International Committee of the Red Cross (ICRC)’s head of operations for Libya, says the tight restrictions on travel have also affected people trying to escape the conflict.

“Restriction of movement as a result of the COVID-19 crisis has also impacted the ability for people caught up in the fighting to move to other areas, which is a very common thing you see during a conflict – internal displacement. But if you have curfews in place… restriction of movement is an extra challenge that we see,” de Jonge said.

Despite the UN’s call for a global ceasefire, Libya has yet to see a de-escalation in the fighting.

“In fact, over the past few weeks we have seen an increase in the internal conflict,” said de Jonge. And the fighting is straining the country’s already fragile healthcare system, which instead of focusing on preparing for COVID-19, is busy treating fighters.

“Traditionally, war-wounded were sent abroad for treatment, for proper healthcare, which of course is impossible now because of the travel restrictions.

“So not only do we see an increase in the number of war-wounded, because there’s an increase in fighting, but these war-wounded are having to be treated in Libya, which again puts an extra strain on the health system,” de Jonge said.

“Even though there are serious efforts being made all over the country to prepare for more (COVID-19) cases — wards being established, treatment protocols, purchase of PPE (personal protective equipment) — I think this will be a huge challenge”.

Getting humanitarian aid inside Libya was already hard enough because of the constant fighting and different authorities and militias controlling different parts of the country.

Now that curfews are in place, customs only work restricted hours, which means aid shipment are taking much longer to be delivered, according to de Jonge, who said that the situation is inevitably impacting international humanitarian organisations’ ability to respond quickly.

“We passed the message to both sets of authorities so that they allow for humanitarian aid and personnel to move freely,” he said.

Long before COVID-19 emerged as a life-threatening respiratory disease that brought the entire world to a halt, one group of people already experienced extraordinary hardships in Libya.

According to the International Organization for Migration (IOM), there are over 600,000 refugees and migrants in the country.

Many are from sub-Saharan nations who arrived in Libya before the fall of Gaddafi and who are now, for the most part, seeking to leave the war-torn country despite the pandemic.

On Wednesday, a group of 50 migrants and refugees, who had been rescued at sea by a Maltese ship in Maltese waters, were taken back to Libya and allowed to disembark in Tripoli. From the naval base where they docked, authorities took them straight to the infamous detention centres where a large number of asylum seekers are kept.

“Obviously they are in a difficult situation, their access to health care is more difficult than that of a Libyan national… they will be living in close confinement and many won’t be able to carry out the physical distancing that is being advised,” de Jonge explained.

While many live among Libyan nationals, mostly in poor areas, thousands are currently held in detention centres across the country – some in facilities operated by the government, others in informal jails run by armed groups.

Very little is known about the living conditions in the militias-run wards, but if the accounts of those who manage to escape them are anything to go by, a full-blown epidemic would be impossible to contain in their insalubrious and crowded quarters.

“Migrants and refugees are disproportionately vulnerable to exclusion, stigma and discrimination, particularly when undocumented. To avert a catastrophe, governments must do all they can to protect the rights and the health of everyone,” read a joint statement published by the IOM, the Office of the United Nations High Commissioner for Human Rights (OHCR), the United Nations High Commissioner for Refugees (UNHCR) and the World Health Organization (WHO).

That task may be beyond what Libya can afford to offer right now.

More protests erupt in Atlanta, US, after man shot dead

European Commissioner Johannes HahnNurPhoto | NurPhoto | Getty ImagesLONDON —The European Union has made a historic debut on the bond markets as it looks to fund the region's recovery from the coronavirus crisis.The bloc was after 17 billion euros ($20.15 billion) in the bond market on Tuesday to fund its...

China Beat Back Covid-19, but It’s Come at a Cost—Growing Inequality

Nigeria Protests: What’s Happening and Why Are People Demonstrating?

Violence escalated after two weeks of street protests in Nigeria, as witnesses accused soldiers of shooting and killing several demonstrators....

Treasury yields rose slightly on Wednesday as investors remained focused on the progress for a fresh round of fiscal stimulus.The yield on the benchmark 10-year Treasury note gains 1 basis point to 0.804% while the yield on the 30-year Treasury bond climbed slightly to 1.612%. Yields move inversely to prices.Yields...

U.S. government debt prices were lower Wednesday morning as hope returned for a fresh round of fiscal stimulus before the...

Don’t call it a fad. Ethical investing is here to stay

Stimulus package is unlikely to get through Congress before the election, Goldman Sachs says