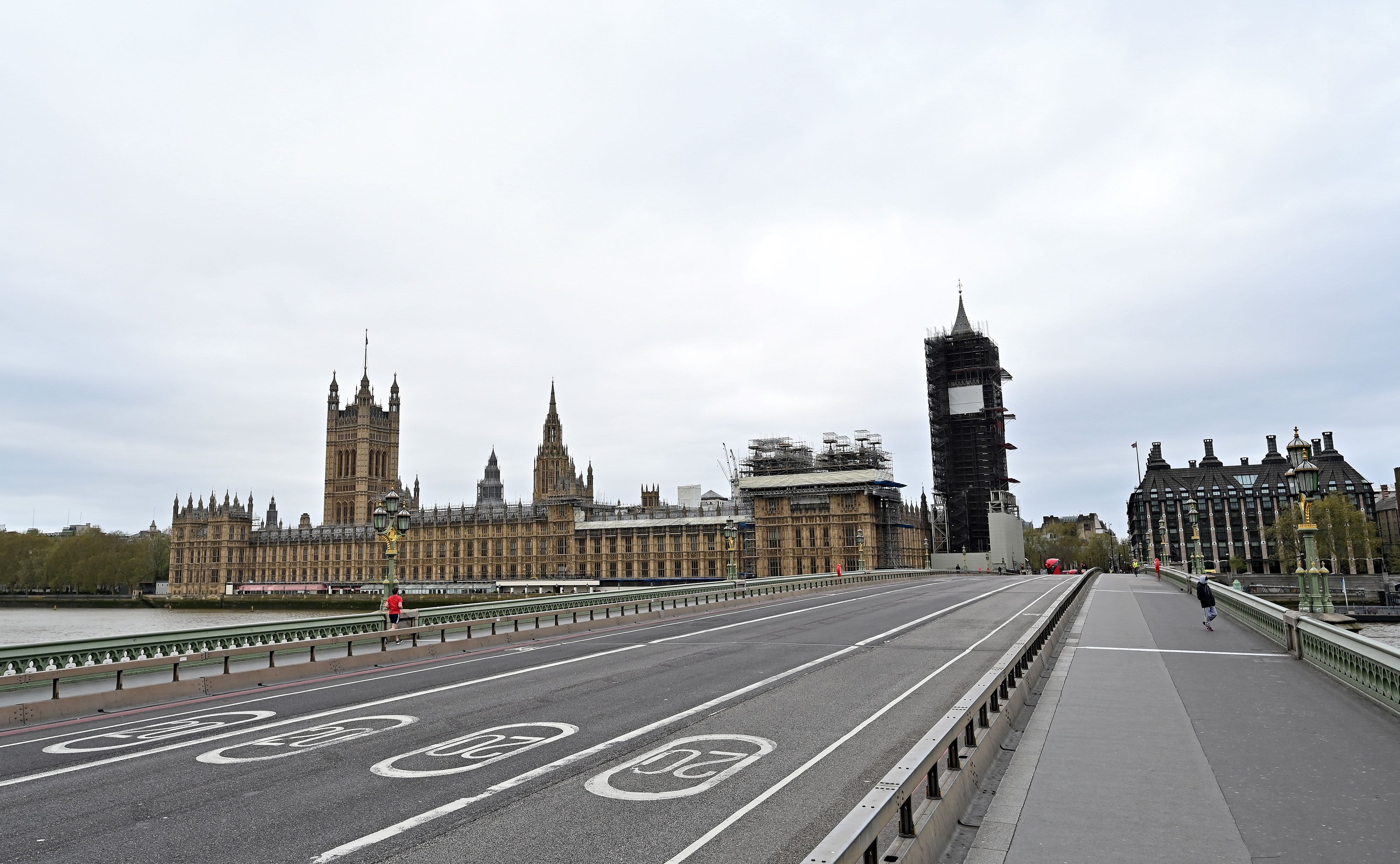 An empty Westminster Bridge is pictured in front of Britain’s Houses of Parliament in central London on April 13, 2020, as life in Britain continues over the Easter weekend, during the nationwide lockdown to combat the novel coronavirus pandemic. –

The U.K. will most likely fail to strike a new trade agreement with the European Union by the end of the year, analysts have told CNBC, as the coronavirus crisis threatens to derail official trade talks.

U.K. Prime Minister Boris Johnson has pledged to conclude a post-Brexit trade deal this year. The U.K. left the bloc on January 31, but it is currently in a transition phase, until December, to be able to establish future trade arrangements with the other 27 nations.

However, this timeline is now at risk after the two lead negotiators had to isolate due to Covid-19 infections.

“The pandemic has completely taken over the agenda in both the EU and in London, and relegated the Brexit talks to a secondary issue,” Constantine Fraser, European political analyst at research firm TS Lombard, told CNBC on Thursday.

“It was always going to be difficult to reach an agreement in the limited time available this year, the pandemic means it will now be impossible,” he added.

British and European negotiating teams held a call on Wednesday for the first time since both lead negotiators were forced to self-isolate.

During their call, U.K. negotiator David Frost said Downing Street had no intention to ask for an extension to the current transition period. A U.K. government spokesman repeated Thursday that London will not ask for a delay.

“The government insists that all is on track, but we all suspect not,” Vicky Pryce, chief economic adviser at the Centre for Economics and Business Research in London, told CNBC on Thursday.

“I am hearing that quite a lot of civil servants who were doing Brexit have been moved temporarily to coronavirus and that must delay the putting into U.K. law what was EU law,” she continued.

Legally speaking, the U.K. has the right to extend the ongoing transition period by July 1. The delay could last up to two years, meaning December 2022.

A spokesperson for the European Commission, the EU institution which negotiates with the U.K. on behalf of the other 27 EU countries, told CNBC it stands ready to discuss an extension

Nonetheless, it is up to the U.K. government to start this discussion.

“We should not rule an extension out despite the official position. (U.K.) ministers would likely accept a six- or 12-month delay given the circumstances,” Kallum Pickering, U.K. economist at Berenberg told CNBC on Thursday.

Anna Rosenberg, head of Europe and U.K. at the political risk advisory Signum Global, said that the coronavirus crisis had increased the odds of an extension to 60% from 20%.

“The U.K. will however find a way to save face, most likely refusing to ask for it outright and/or encouraging the EU to grant that extension in their own right. You could also very likely see a last-minute extension, in December, not in June, presented as a ‘phase 2 negotiation’ rather than an extension,” Rosenberg said.

The U.K.’s Conservative Party won a comfortable parliamentary majority in a general election in December, 2019.

Sand, blown by the wind, sits over the counter of an Ice Cream Kiosk on the Camber Sands beach, closed down due to COVID-19, in Camber on the south coast of England on April 13, 2020, as life in Britain continues over the Easter weekend, during the nationwide lockdown to combat the novel coronavirus pandemic.

After the Beirut Explosion, Volunteers Step Up to Do What the Government Can’t

China says its economy shrank by 6.8% in the first quarter as the country battled coronavirus

Dow drops 700 points, on pace for its worst day since early September

Stocks fell sharply on Monday as coronavirus infections jumped and negotiations for a fiscal stimulus package before the election came down to the wire.The Dow Jones Industrial Average traded 707 points lower, or 2.5% and was on pace for its biggest one-day drop since Sept. 3. The S&P 500 slid...

Stocks fell sharply on Monday as coronavirus infections jumped and negotiations for a fiscal stimulus package before the election came...

A men waits for a transmilenio bus using a Colombian soceer team t-shirt during the sectorized lockdowns, on August 21,...

Dr. Scott Gottlieb on Monday warned that the United States is "at a tipping point" in its coronavirus pandemic, as...

A test tube labelled vaccine is seen in front of AstraZeneca logo in this illustration taken, September 9, 2020.Dado Ruvic...

Dow drops 700 points, on pace for its worst day since early September

Dow drops 650 points, on pace for its worst day since early September