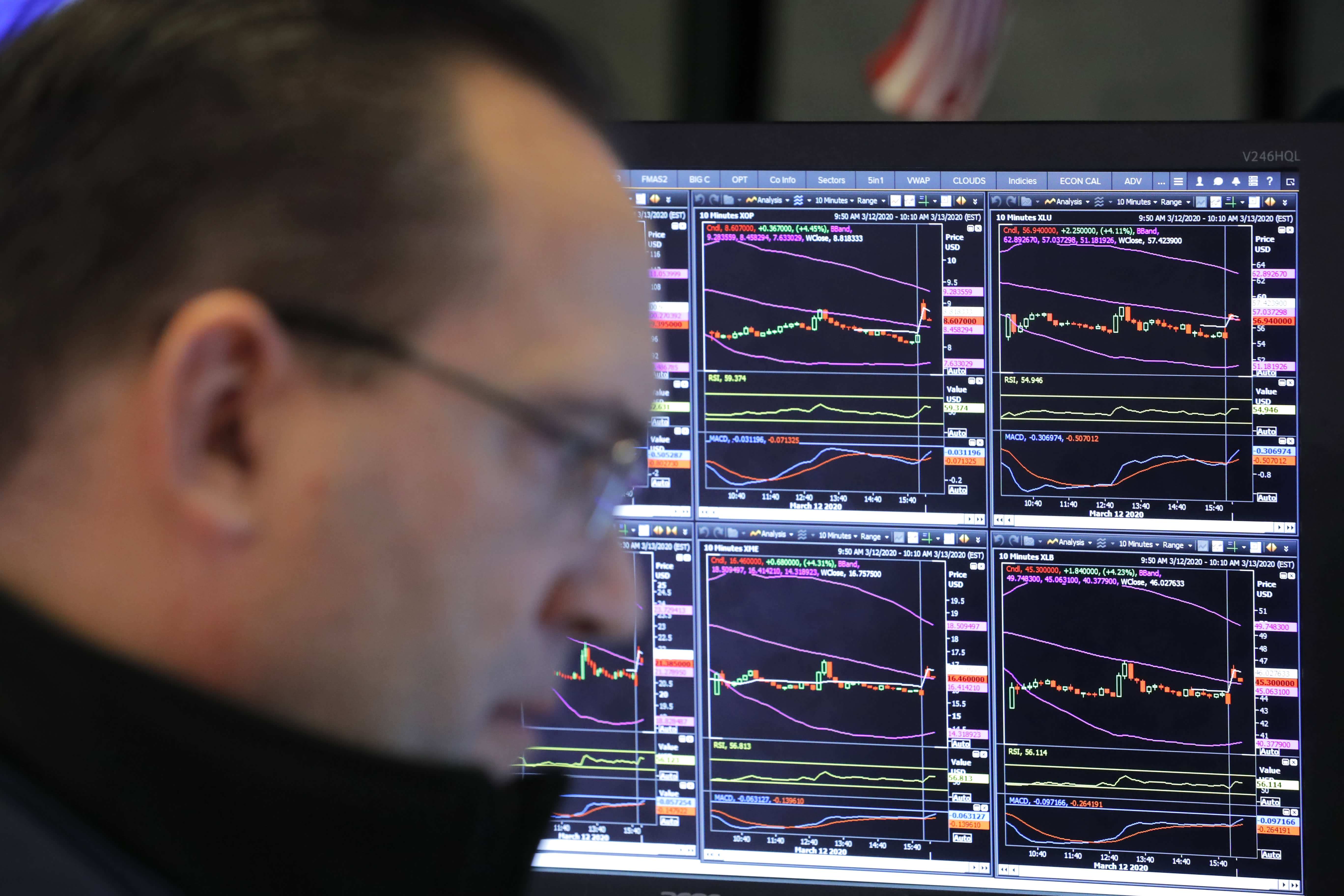 Stocks fell on Tuesday, the last day of the first quarter, as investors wrapped up a period of historic market volatility sparked by the coronavirus pandemic.

Tuesday’s losses gave back some of the sharp gains from the previous session. The Dow jumped nearly 700 points on Monday led by an 8% pop in Johnson & Johnson after it announced a vaccine candidate for the coronavirus. The S&P 500 rallied 3.4%.

Investors embraced a more realistic government approach to contain the pandemic. President Donald Trump extended the timeline for social distancing guidelines to April 30, which many believe will reduce economic damage in the long run.

“I think the market has established some type of bottom,” Tom Lee, head of research at Fundstrat Global Advisors, said on CNBC’s Markets in Turmoil Special on Monday. “I don’t know if this is October ’08 here; we still have some wood to chop.”

Stocks have managed to rally to end the month despite concerning economic data including last week’s record number of jobless claims and Monday’s worse-than-expected manufacturing reading from the Dallas Fed.

“If we are rallying on bad news, I think that’s a sign that we are probably at a bottom,” Lee said.

The Dow is now up 20% from its coronavirus sell-off low reached on March 23 while the S&P 500 has risen more than 17% from those levels.

“As we conclude an unforgettable March and 1st Quarter today, the market seemingly has drifted (spiked) to no man’s land,” wrote Frank Cappelleri, executive director at Instinet. He noted that stocks have rallied from their lows last week but are still well below their record highs. But, “for what it’s worth, April has a better track record on average (+1.7% the last two decades, with a 75% win rate). It, too, has tended to do better in the final two weeks.”

Despite the recent comeback, the market is on pace to end the month and quarter with big losses:

Many on Wall Street are calling for even more selling before the market can hit a bottom. Historically, bear markets are often punctuated by sharp bounces on their way down to a trough.

“Last week’s double-digit gain for markets was a welcome relief rally, though market bottoms are rarely as clean as this one has been,” said Mark Hackett, Nationwide’s chief of investment research. “Markets will need to reflect more traditional interactions before confidence in a bottom can be reached.”

Investors continued to grapple with the worsening outbreak in the U.S. as the confirmed cases rose to more than 153,200, according to data from Johns Hopkins University. The U.S. has also officially become the country most affected. Trump said Sunday he hopes the country will “be well on our way to recovery” by June 1.

“We anticipate that market volatility will resist until liquidity, credit, and health risks have demonstrably passed,” said Lauren Goodwin, economist and portfolio strategist at New York Life Investments. “With major policy stimulus now in place in the U.S., we expect grim health and social news to dominate the next couple of weeks.”

These financial advisors applied for the PPP loan. They share some lessons learned

A man shows AirPods Pro at an Apple store on East Nanjing Road on October 30, 2019 in Shanghai, China. Apple's new AirPods Pro with active noise cancellation are on sale on October 30 in China.Wang Gang | VCG | Getty ImagesApple said on Friday that it's replacing AirPods Pro...

Earthquake Kills At Least 19 in Western Turkey and Greece

WARSAW—Tens of thousands of demonstrators marched through Warsaw on Friday protesting a ruling by a top court earlier this month...

Some technology stocks that have staged big gains because of the coronavirus pandemic got a little less expensive this week.The wider markets declined this week, with the S&P 500 ending the week 5.6% lower, as virus case numbers shot up again, causing lockdowns in France and Germany. Usually new virus...

U.S. only at ‘the beginning of the steep part’ of the coronavirus pandemic, Dr. Scott Gottlieb says

Cramer’s week ahead: ‘One of the most confusing weeks of my career’