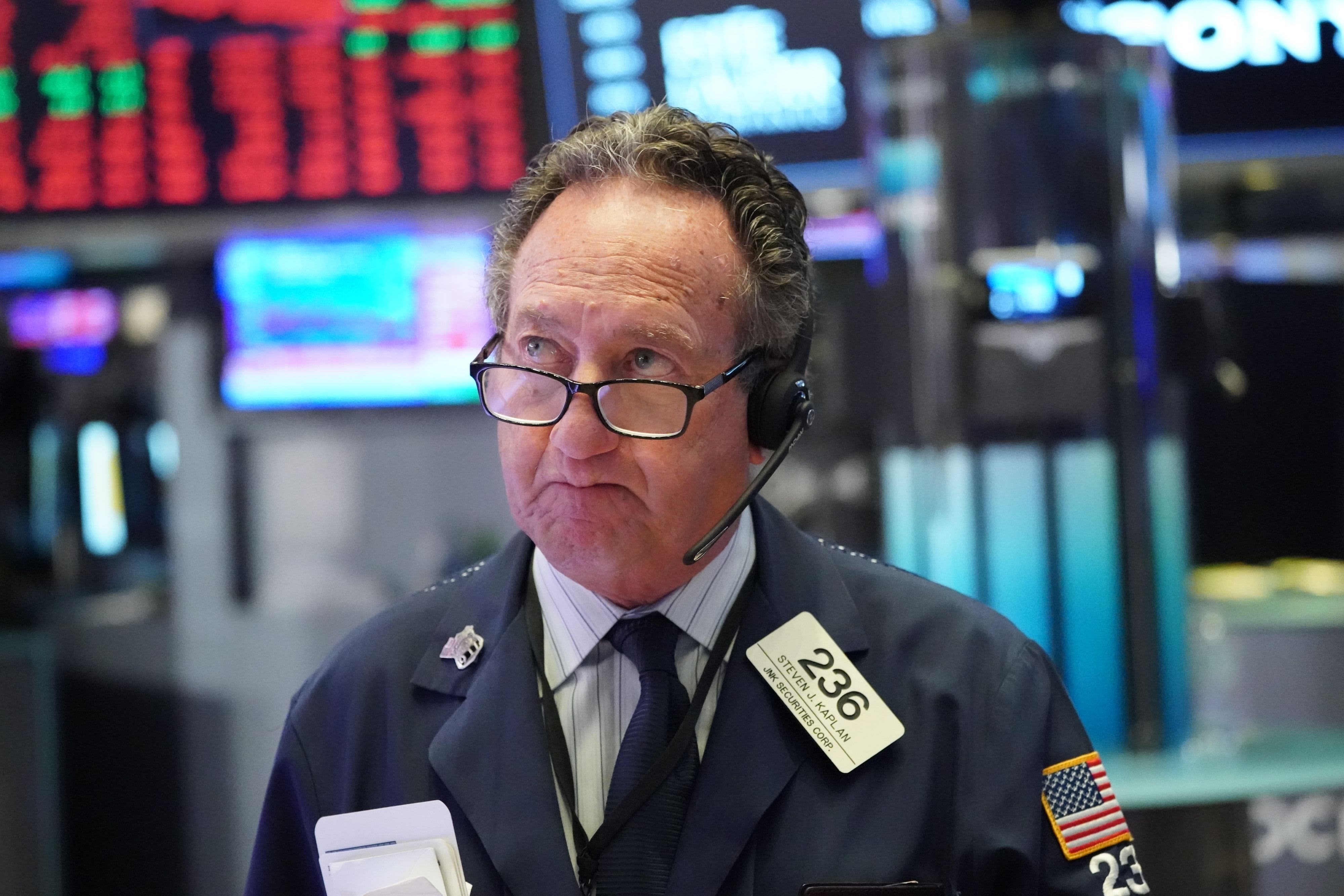 The moves came after the Senate unanimously approved a $2 trillion economic relief package late Wednesday, which aims to cushion the blow from the coronavirus outbreak. The stimulus bill now heads to the House, which will push to pass it by voice vote Friday morning as most representatives are out of Washington.

The Senate rushed to pass the bill as data is expected to show a massive spike in unemployment claims after businesses shuttered to try to slow the outbreak’s spread.

National initial jobless claims data are expected to be out around 8:30 a.m. ET Thursday. Street strategists are projecting record-shattering numbers. Citi is the most bearish, with estimates of roughly 4 million claims.

On Wednesday California Gov. Gavin Newsom said that the state has seen 1 million unemployment claims in less than two weeks as the pandemic has led to businesses being shut down across the state.

“What investors really need to gain confidence into repositioning for growth is data that suggests the … outlook for risks for the coronavirus itself are improving,” Todd Jablonski, chief investment officer of Principal Portfolio Strategies at Principal Global Investors, told CNBC’s “Street Signs Asia” on Thursday morning Singapore time.

“I think it’s key to not apply pre-crisis fundamentals against post-crisis prices to try to determine where value sits,” Jablonski said.

On Wednesday, the Dow climbed more than 2%, or 495.64 points to close at 21,200.55. Boeing and Nike fueled the 30-stock index, rising 24% and 9%, respectively. The S&P 500 also registered a gain, climbing 1.1%. The Nasdaq Composite was the relative underperformer, dipping 0.5% as Facebook, Amazon, Apple, Netflix and Google-parent Alphabet all closed lower.

Stocks rallied for much of the day after the White House and Senate agreed on a $2 trillion coronavirus stimulus bill early Wednesday morning. But a tweet from Sen. Bernie Sanders coming late in the day suggested the bill could hit a few snags before a final vote. That sent stocks tumbling from their session highs. Before the tweet, around 3:30 p.m. ET, the Dow had been up 1,315 points, or 6.35%, while the S&P rose as much as 5.07%.

Wednesday’s gains extended Tuesday’s historic rally, which saw the Dow register its best day since 1933 and post its largest single-day point gain in history. Tuesday was the S&P 500’s best day since 2008.

In what’s been a bout of extreme volatility for the market, this was the first time the indexes managed to post back-to-back gains since February.

“It was great to see the stock market finally rally for a second day in a row, but late day ‘fade’ was obviously disappointing,” said Miller Tabak chief market strategist Matt Maley. “As disappointing as the late day decline was, it merely confirmed what we already knew … bottoms after severe declines in the stock market are formed in a ‘process’ and are rarely V-shaped,” he added.

Despite the gains, the major averages still have a lot of ground to make up for before returning to record highs. The S&P 500 is 27% below its February all-time high, while the Dow is trading 28.3% below its record.

The Federal Reserve has stepped in in an effort to shore up the economy as the coronavirus outbreak and subsequent business slowdown continues to wreak havoc on global markets. Among other things, the central bank has slashed interest rates to near zero and announced an unprecedented quantitative easing program.

Former Fed Chairman Ben Bernanke said Wednesday that current Chairman Powell has been “extremely proactive,” while noting that markets could still be in for steeper declines ahead.

“It is possible there’s going to be a very sharp, short, I hope short, recession in the next quarter because everything is shutting down of course,” he said on CNBC’s “Squawk Box.” But he did sound an optimistic note, saying that there could also be a “fairly quick rebound.”

Should Mild Coronavirus Cases Isolate at Home? Many Asian Countries Say No.

East Asia poverty could rise for first time in 20 years due to the pandemic, World Bank says

People gather at one of slums in Jakarta, Indonesia in the midst of the Covid-19 pandemic.Aditya Irawan | NurPhoto | Getty ImagesSINGAPORE — The number of people living in poverty in developing East Asian and Pacific countries could increase for the first time in 20 years, as the coronavirus pandemic...

SINGAPORE — Shares in Asia-Pacific were mixed on Tuesday, as logistics firm ZTO Express soared in its Hong Kong debut. Shares of logistics provider...

LVMH files countersuit against Tiffany in feud over $16 billion deal

Brendon Thorne/BloombergLVMH said Tuesday it had filed a countersuit against Tiffany in a bid to walkaway from the $16.2 billion takeover...

A police officer is seen during as looting and violence erupts on September 02, 2019 in Johannesburg, South Africa. Shops...

This photo taken on February 20, 2020 shows doctors looking at a lung CT image at a hospital in Yunmeng...

East Asia poverty could rise for first time in 20 years due to the pandemic, World Bank says

Poland, Hungary to set up rule of law institute to counter Brussels