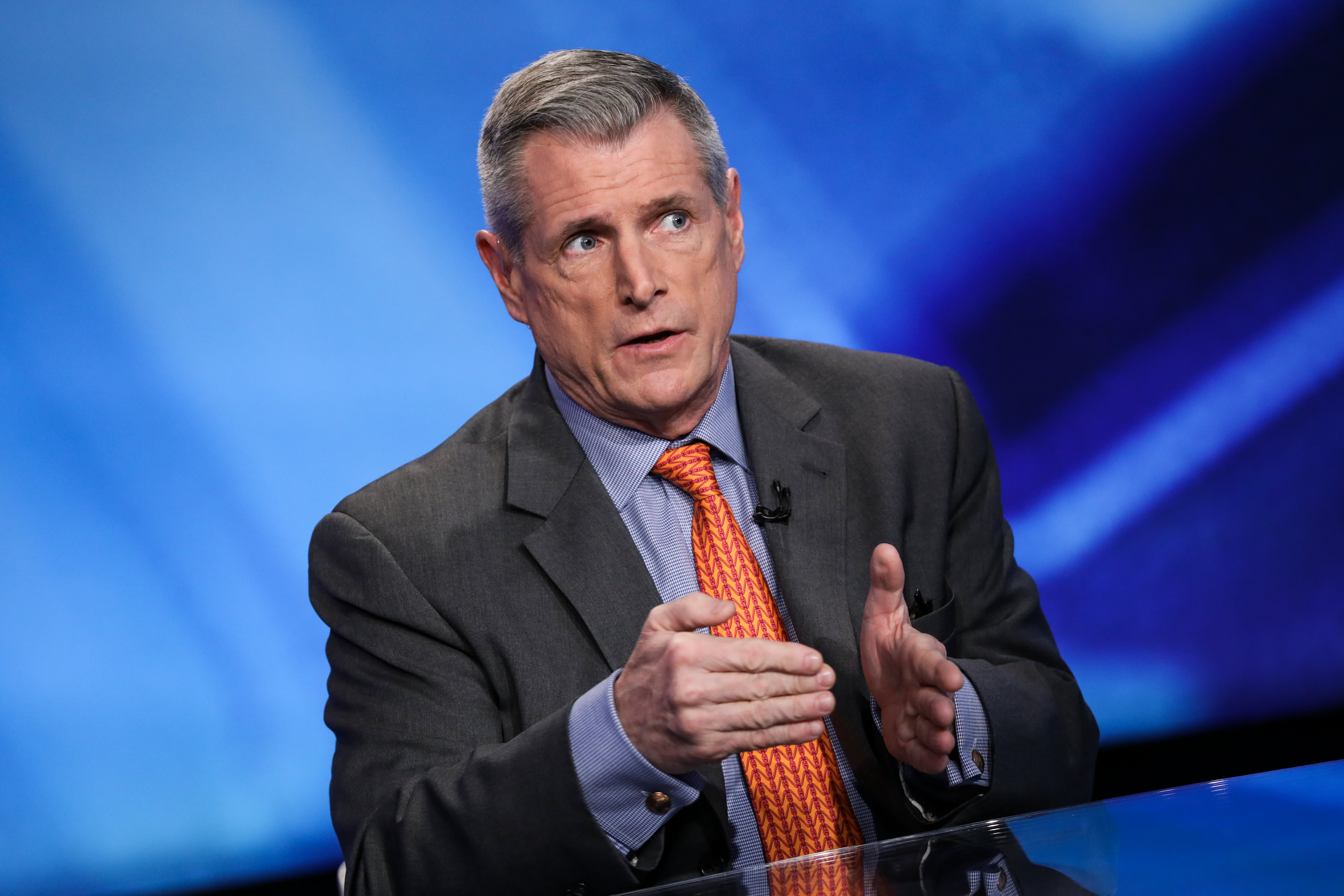 Hogan, who has worked on Wall Street for 35 years, believes the key is what happens in Europe.

If cases peak in Italy, he expects markets here will stabilize because investors will get a better sense of what to expect.

“Then, you see the other side of the valley,” the firm’s chief market strategist told CNBC’s “Trading Nation” on Wednesday. “We’re not going to get there in the United States for a while because we’re now just testing in large numbers.”

“The volatility is breathtaking,” said Hogan, adding it’s worse than what he saw during the 2008 financial crisis.

Investors may want to keep holding on tight.

“We need to feel that ultimate panic that everyone who wants to see has sold,” said Hogan. “We are not quite there yet, but we’re getting darn close.”

Hogan’s optimism is based on the notion diseases have a short shelf-life.

“We know you have to hurt the economy to stop the virus. But the damage is probably going to be temporary, and we’re going to see a recovery probably in the back half of this year,” said Hogan, who has $35 billion in assets under management.

His number one strategy to cope with the virus’ fallout is to aggressively rebalance client portfolios.

“That’s important, I think that’s cathartic and I think it’s necessary,” Hogan said. “Typically, we rebalance once a quarter. Now, we’re getting people to do this once a month because things are moving so rapidly.

Cardinal Giovanni Angelo Becciu had been head of the office that oversees the canonization of saints. Photo: Fabio Frustaci/Zuma Press By...

Owner of the New England Patriots Robert Kraft walks on the field prior to the game against the New Orleans...

New home sales crush expectations, but the supply is running out

People wait to visit a house for sale in Floral Park, Nassau County, New York, the United States, on Sept....

The GOP Lawsuits Fight Back